As the main point of entry, by air and sea, to Saudi Arabia, the flashy city of Jeddah is more cosmopolitan than Saudi's capital, Riyadh. Hundreds of thousands of Muslim pilgrims making the traditional pilgrimage to the holy cities of Mecca and Medina pass through two enormous, futuristic special terminals with a fibre-glass tent-shaped roof at the international airport during the Hajj season. Other visitors are few and far between, since Saudi Arabia has extremely strict entry requirements.

Those who do gain entry to this splendid modern metropolis are rewarded with experiencing a city where luxury is the norm. Fabulous seven-star palatial hotels give on to wide boulevards, encircling the ancient central city, Balad, which is filled with colourful souqs (bazaars) and mysterious medieval buildings built of Red Sea coral.

The Red Sea shoreline is lined with a seemingly endless corniche, which spills onto gorgeous sandy beaches. While Jeddah's restaurants and shopping malls will keep visitors suitably occupied, perhaps one of the most unmissable sights in Jeddah is the King Fahd Fountain in the harbour, which is spectacular at night when it sends illuminated coloured jets of water 853 feet (260m) into the air.

Its name meaning 'grandmother', Jeddah is named after Eve. According to legend, she is buried near the historical old city, although the actual site of the tomb is not marked by the Saudi government.

The oldest and most traditional market in Saudi Arabia, the Souq Al Alawi in Jeddah is a wonderful way to immerse oneself into local culture and see how shopping among traders and pilgrims is done in this unique part of the world. In this bustling market, visitors can find anything from beautiful Islamic art, to one of a kind Arabic jewellery. Crowded and buzzing, the market has made a name for itself and is truly a sight to behold. Visitors are encouraged to bargain, with haggling being the name of the game.

As the birthplace of Muhammad and the site of his first revelation of the Quran, Mecca is the holiest city in the Islamic world and is the direction towards which the world's Muslims pray five times per day. The pilgrimage to Mecca as part of the Hajj is the centrepiece of Islam's Five Pillars and a peak experience in the life of any devout Muslim. Unfortunately, the city cannot be visited by non-Muslims.

The key sites in Mecca are the Masjid al-Haram, the Grand Mosque, which is the largest mosque in the world and can accommodate one million worshippers; Jabal Rahmah At Arafah, the tall white pillar marking the place where Adam and Eve met after 200 years of separation; and Muzdalifah, where pilgrims pray and collect stones to be used in the Hajj rituals. Hira, another important landmark, is a cave on the mountain Jabal Al-Nûr where Mohammed received his first revelations from the angel Jibreel.

Mecca is located in the Sirat Mountains, 45 miles (72km) from Jeddah. The city's entire economy depends on the Hajj, and the large number of pilgrim immigrants from all over the globe have made it one of the most diverse in the Muslim world. The area is also considered an important archaeological site, with fossil discoveries dating back nearly 30 million years.

Located in the mountains near Mecca, Ta'if is a popular summer holiday resort in Saudi Arabia. One of the few places in the region open to non-Muslims, Ta'if is a lush region known for its rose farms, as well as grapes, pomegranates and honey production; there are said to be more than 3,000 gardens in the area. The fragrant valleys are especially good for hiking, but those less keen on a workout can take a cable car to the top of the mountain in Al Hada. There are also some good restaurants and shops in Ta'if, and a popular souvenir is the rose water and perfume made from the rose farms in the area.

There are plenty of things to see and do in Ta'if, such as the Al Rudaf Park, a large natural park with interesting rock formations and a small zoo. Around 25 miles (40km) to the north is the Rock Carving Site that was the site of a huge pre-Islamic souq or gathering place. Another interesting place is Wadi Mitna, the sanctuary for the Prophet Mohammed in the year 662. Visitors to Ta'if should also be sure to visit Al Shafa, a small village high in the mountains with incredible views. Non-Muslim visitors to Ta'if should be aware that they will need to take the non-Muslim Bypass when driving from Jeddah, which adds a few miles to the journey.

Jeddah features an arid climate, and unlike many other Saudi Arabian cities it retains its warmth during the winter months from November to February. Summer temperatures see the mercury reaching extreme temperatures, sometimes soaring above the 104°F (40°C) mark in the afternoons and hovering around 86°F (30°C) in the mornings and evenings. Winter temperatures are slightly less extreme, ranging from 59 °F (15 °C) to 82 °F (28 °C). Dust storms from the Arabian Peninsula's deserts or from North Africa punctuate the summer months. Rainfall occurs infrequently, even in winter, but is most likely in the month of December when thunderstorms are common.

Location: The airport is situated 12 miles (19km) from Jeddah.
Time: GMT +3.
Transfer Between Terminals: There is no free transport provided between terminals. Passengers are required to pay for a taxi.
Getting to the city: Taxis are available and fares can be negotiated with the driver. There is a bus service connecting to the city but this tends to be crowded and unpleasant and is usually avoided by visitors. The Haramain High Speed Railway was recently connected to the airport.
Car Rental: A number of car rental companies are represented at the airport, including Avis and Budget.
Airport Taxis: Taxis are available and fares can be negotiated with the driver.
Facilities: Although it has been extended and renovated several times, Jeddah's airport remains crowded and chaotic. There are three terminals, with the North Terminal being used exclusively for international flights. There are money exchange facilities, a restaurant, a cafeteria and shops in this terminal. There are also two restaurants in the South Terminal. The vast Hajj terminals contain prayer and rest areas, markets, a clinic, banking services, and a mosque.
Parking Parking is available outside each of the terminals.
Website: www.jed-airport.com

Shopping in Jeddah is a serious sport. As there aren't many entertainment options for women in Saudi Arabia, shopping malls have turned into 'destination malls': enormous structures with not only hundreds of shops, but full-scale amusement parks, ice skating rinks, and dozens of restaurants. The facilities are ultra-modern, and most importantly completely air-conditioned, allowing both men and women in Jeddah to beat the heat while they enjoy themselves.

The newest and largest mall in Jeddah is the Mall of Arabia, which has more than 330 shops, and a Snow Village where guests can cool off and enjoy themselves in the snow. The mall has plenty of entertainment for children as well, including puppet shows and children's theatre.

Other popular malls in Jeddah include the Red Sea Mall, the Heraa International Mall, and Roshan Mall. The selection of shops at the malls is huge, with many international brands that visitors will recognise, including Diesel, Nike, Banana Republic, and much more. Most shops in Jeddah are open from 9 or 10am to 1pm, and then from 5pm to 10pm.

For a more authentic Middle Eastern shopping experience, the old town centre of Jeddah is home to a number of crowded souks (bazaars) where touts are waiting to haggle over leather goods, gold jewellery, and textiles, as well as knock-off designer goods. The most popular bazaar in Jeddah is the Souk Al Alawi.

Jeddah does not have an extensive public transport system and the easiest way of getting around the city is by private vehicle. It's relatively easy to rent a car and a number of well-known international car hire companies are located at the airport and in the city centre. Most hotels and expatriate compounds also offer shuttle services to the airport and the main shopping and business districts.

Public buses are available, but are mostly used by foreign workers for travel within the city. There are plenty of taxis in Jeddah, which can be hailed from the street or pre-booked by telephone. These offer the best means of transport for those not wanting to hire a car. Fares are quite reasonable and generally do not exceed SAR 40.

Jeddah is considered the most cosmopolitan city in Saudi Arabia, and the constant expansion of the concrete threatens to engulf the beautiful coral architecture of the Old Town, which is in a sad state of disrepair. However, some buildings like the Naseef House have been restored to their former glory, complete with camel-friendly ramps.

The Souk Al Alawi is a fascinating place, even if you aren't there to buy. The biggest bazaar in Jeddah, the narrow streets are bursting with merchandise, the market is especially busy during hajj. Another market worth seeing is the fish market in Al-Balad, where dozens of species ranging from hammerhead sharks to squid are sold at auction between 5am and 9am.

Another popular place for sightseeing in Jeddah is the 22-mile (35km) Corniche, a busy meeting place where families and friends gather for picnics and other activities on warm summer nights. A number of interesting sculptures line the promenade north of the port.

To learn something about Jeddah's history, visit the Al-Tayibat City Museum for International Civilisation, which has more than 300 rooms filled with fascinating artefacts ranging from beautiful Islamic manuscripts to ancient pottery and furniture.

Travellers wanting to see a different side of Jeddah can explore the abundant sea life in the Red Sea. Scuba diving in Jeddah is a popular activity, with several stunning coral reef systems and shipwrecks in the area. Above the surface is the incredible King Fah's Fountain that sprays seawater over 1,000 feet (312m) into the air. While the fountain is visible throughout the city, visitors can go to Al Andalus pier to get a closer look. 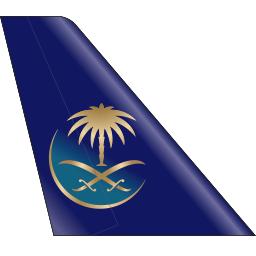