Originally spread over seven hills, or jabals, the capital of the Hashemite kingdom now sprawls over 19 hills and is home to over a million people, almost half of Jordan's population. Known as the White City, the hills are covered in a jumble of light-coloured stone houses, consistently box-like in shape with flat roofs characteristic of a typical desert city. Faded minarets, pavement markets, Arabian sweet shops and the crumbling remains of ancient civilisations contrast wonderfully with the contemporary edifices, fashionable boutiques and international restaurants. This blend of old and new combines in the noisy and chaotic downtown area, where the city's extraordinarily friendly residents go about their business.

At the heart of downtown is the Ottoman-style King Hussein Mosque, around which the buzz and bustle is at its most interesting. Even busier at prayer times, the surrounding streets are filled with the essence of Arabia, exotic smells and rows of glittering treasures in the souk (market) amid the noise of frenetic haggling.

Just as overwhelming is Amman's sense of history, dating back 5,500 years to its position as the ancient capital of the Ammonites, Rabbath-Ammon of the Old Testament, and later as Philadelphia, the Roman city that became part of the Decapolis. Overlooking the city from atop Jabal al-Qala'a is the Citadel, the site of the ancient Rabbath-Ammon, and at its foot lies the impressive Roman amphitheatre, which is the most remarkable remnant of ancient Philadelphia.

Amman is one of the oldest, continuously inhabited cities in the world, and today functions as a thriving commercial and administrative centre, with modern facilities, historical attractions and a longstanding tradition of hospitality. It is an excellent base from which to explore the surrounds, even the rest of the country, as its no more than five hours drive from anywhere.

From its position on top of a hill overlooking the city, the Citadel (known locally as Jabal al-Qal'a) stands testament to the history of Amman, with its ancient ruins and excavated relics. It is the site of the ancient capital Rabbath-Ammon and numerous excavations have revealed Stone Age remains as well as those from the Roman to the Islamic periods. Other items from throughout the country are housed in the Jordan Archaeological Museum. The site contains several structures, including the impressive Omayyad Palace (al-Qasr), a small Byzantine basilica and what was once the Temple of Hercules, the Great Temple of Amman. Also on the site is the Jordan Archaeological Museum, which has an excellent collection of artefacts from Jordan dating back to the earliest settlement in the region over 700,000 years ago. The Dead Sea Scrolls, Iron Age sarcophagi, and a copy of the Mesha Stele are its most important exhibits.

Below the Citadel is the magnificent Roman amphitheatre, an impressive relic from ancient Philadelphia that is cut into the hill and can seat up to 6,000 people. The theatre is still used occasionally for events today. Two cultural museums form part of the complex: the Jordan Folklore Museum, which has exhibits on traditional life, and the Museum of Popular Traditions, which covers traditional costumes and mosaics from 4th to 6th century Jordanian churches. The theatre was built during the reign of Antonius Pius (138 to 161 CE) and is today a famous landmark in Amman and, of course, the ancient Roman city Philadelphia. It surrounds the Hashemite Plaza, Odeon Theatre, and the Nymphaeum.

Stretching to the east of Amman towards Saudi Arabia and Iraq is a vast desert plain where a cluster of historic castle, fort, bath, and palace ruins has been preserved. Collectively known as the Desert Castles, their purpose is largely unknown, but most are thought to have been built as recreational retreats by the Umayyad caliphs during the early Islamic Period (7th to 8th centuries AD). Qasr Mushatta is the biggest and most elaborate of the castles, and is a fine example of Umayyad architecture despite never being completed. The best preserved and most enchanting is the luxurious bathhouse of Qusayr Amra, with its domed ceiling, colourful interior frescoes, and mosaics. It's also a UNESCO World Heritage Site. Other desert castles include the black rock fortress at Azraq, which was the desert headquarters of Lawrence of Arabia during the Great Arab Revolt in 1917, the mysterious Qasr al-Kharrana, and Qasr al-Hallabat's crumbling remains.

Amman has a semi-arid climate, with hot summers and cold winters. Summers last from June to September and are dry and hot, with high temperatures averaging 86F (32C). There is also low humidity, and frequent breezes provide some relief from the heat. Rain is uncommon during the day but at night there is often fog and drizzle. Spring is brief, lasting from April to May, with rain sometimes falling during the morning and the afternoon, and winter, which lasts from December to April, is wet and cold. Temperatures in winter drop below 24F (-4C), and there is snowfall and heavy fog. It can snow anytime between November and March. The best time to visit Amman is during the warmer months between June and September.

Location: The airport is situated 20 miles (32km) south of Amman.
Time: Local time is GMT +2 (GMT +3, from the last Friday in March to the last Friday in October)
Getting to the city: Local buses and an airport express bus offer transfer options to the city.
Car Rental: Car rental is available through companies such as Budget and Hertz.
Airport Taxis: Airport taxis are available and prices are fixed.
Facilities: Facilities include banks and bureaux de change, duty-free shopping, bars and restaurants, a medical centrel, as well as VIP and business lounges. A tourist help desk is available and facilities for the disabled are good.
Parking Parking is available and costs vary depending on the parking lot.
Website: www.amman-airport.com

Amman is a relatively small city that is easy to navigate. Metered private taxis are available at reasonable prices, and white, shared taxis cover fixed routes. Uber and Careem are options as well. Locals tend to be friendly and helpful when it comes to directions, and drivers are usually forthcoming about route information. Municipal buses travel along most routes in Amman and are efficient and safe to use, though most routes are only written in Arabic. Car hire is available, but it's a good idea to hire a vehicle with a driver, which generally involves an extra cost.

The hilly capital of Amman is packed with wonderful sightseeing opportunities and fantastic activities for all types of travellers. One favourite route for tourists is the Desert Castle Loop, which spans east and west of the city and has numerous sights to visit on the way and makes for an intriguing day out for the whole family, who can visit different castles and explore the scenic desert landscape. Within the city of Amman there is also plenty to do, including a tour of the spectacular Roman Amphitheatre and a stroll up the Citadel Hill to take in an eagle eye's view of the city. And if travellers need to rest their feet, sitting in one of the bustling street cafes is one of the best ways to see what the city is all about. Whether talking to people or simply watching the routines and traditions of locals, visitors should make sure they find a spot to hang out for an hour and simply enjoy the surroundings.

Not far from the city, travellers can experience many great day excursions from Amman, to sights such as the Jaresh, Madaba and Mount Nebo, each with its own specific cultural significance and each with its own special charm. The short trip from the capital to the shores of the Dead Sea is also a must. Here the northern hills, rich with olive trees, teeter over the rift of the Jordan Valley, which in turn runs down to the Dead Sea, the lowest point on earth. It is a spectacular sight and an experience not to be missed when visiting this exciting desert city.

Situated about 31 miles (50km) north of Amman is one of the top attractions in Jordan: the ancient city of Jerash. Considered to be one of the best-preserved Roman sites in the world, its exceptional preservation is due to it being buried in sand for centuries, and the magnificent baths, theatres, temples, arches, columns and stone chariot-rutted streets have long attracted scholars and tourists from across the world to admire the most complete city in the Roman Decapolis. Excavations dating to the Neolithic Age have indicated that Jerash was continuously occupied for more than 6,500 years. Today visitors can marvel as the ancient amphitheatre comes to life at the annual Jerash Festival of Culture and Arts, where artists from around the globe sing, dance, act, and play music on stage in a celebration of Jordanian and international culture.

Situated about 28 miles (45km) from Amman, lies the famous attraction of the Dead Sea, the lowest point on earth at 1,335 feet (407m) below sea level. Devoid of plant or animal life due to the high salt concentration (four times saltier than normal), it is the incredible mineral rich water that has made it an internationally sought-after destination since ancient times, popular for its curative properties as well as for the experience of floating effortlessly on its surface. Most holidaymakers go to the main resort area on the northern shore at Sweimeh, where they will find showers, restaurants, a beach, and the opportunity to smother themselves in the mineral-rich black mud. Accommodation is available at the Dead Sea Spa Hotel, where various medical treatments are also on offer.

The most sacred site in Jordan, Mount Nebo is believed to be the burial site of Moses who climbed the hill in order to survey the Promised Land that he would never enter. Situated on the edge of a plateau about six miles (10km) from Madaba, Mount Nebo affords spectacular views towards Jerusalem, whose spires are visible on a clear day, and across the Jordan Valley and the Dead Sea. A modern day shrine sits on the ruins of a 6th-century Byzantine monastery, and affords protection to the original floor mosaics, while in the grounds stands the symbolic Serpentine Cross.

Madaba is most famous for its spectacular Byzantine and Umayyad mosaics from the 5th to 7th centuries, which are scattered throughout the town's homes and churches. Located just 19 miles (30km) south of Amman, Madaba is also home to the famous 6th-century mosaic map of the Holy Land, in which Jerusalem and its surrounding regions are depicted. One of the town's most beautiful mosaics covers the floor of the Byzantine Church of the Apostles, and the Archaeological Park features an impressive collection of mosaic collages, where a series of ramps has been built over excavated mosaics to allow people to view them from above. The Greek Orthodox Church of St George is home to Madaba's main attraction and most famous mosaic: the 6th-century Madaba Map. Millions of pieces of coloured stone embedded on the church floor create a vivid picture of Jerusalem and its holy sites, including the Church of the Holy Sepulchre, the Dead Sea, Jericho, and the Jordan River. It is the earliest surviving original map of the region and was laid around 560 AD. 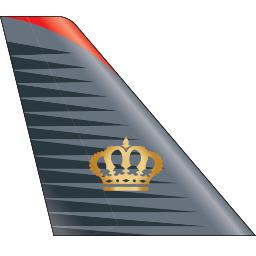