A chaotic and smog-filled metropolis of some 15 million people, Tehran appears an unlikely holiday destination. But travellers will quickly find that its long history and increasingly cosmopolitan mindset make it an undiscovered gem in the Middle East.

Tehran can be roughly divided into two parts. The northern districts are more modern and prosperous, with large shopping malls, international restaurants, and luxury hotels. Alternatively, the southern areas are more rundown but cheaper, and home to massive bazaars, historical buildings, and sidewalk falafel stands.

The city is home to some of the best museums in the Middle East, with as many as 50 to choose from. The most popular is undoubtedly the Golestan Palace, while the Crown Jewels of Iran is a must-see exhibit located in the Central Bank. Other worthwhile stops include the Carpet Museum of Iran, the Time Museum, and the Museum of the Islamic Period.

Tehran can be overwhelming, and short trips tend to be the most satisfying. When the bustle becomes too much, travellers can visit vastly different places, spending a few days in Ramsar, a holiday town on the Caspian Sea; Na'in, a small desert town; or Dizin, which is Iran's largest ski resort.

Opinions on the safety of travelling to Tehran are divided, with many residents and experienced travellers proclaiming it largely safe. However the US State Department advises against tourist travel to Tehran, as does the British Foreign Office. Nonetheless, anyone travelling to Tehran should stay up-to-date with the latest media coverage.

Tehran has a semi-arid, continental climate and the city separates the mountains to the north and desert to the south. Summers in Tehran, from June to August, are hot and dry, with average high temperatures of 93F (34C) and occasional extremes of 104F (40C). During the summer months, Tehran experiences very little rain, and average precipitation levels of 0.1 inches (3mm) per month. However, relative humidity is low and evenings are cool.

Most of Tehran's rainfall occurs during the spring and autumn. Winters, from December to February, are very cold, with temperatures falling below freezing and rarely peaking above 37F (3C), and with light snow showers a common occurrence. It is important to note that due to the city's large size and the difference in elevation between districts, visitors will find that the weather is often cooler in the northern hills than in the southern lowland areas.

Location: The airport is located five miles (8km) from Tehran's centre.
Time: GMT +3.5 (GMT +4.5 between March and September)
Getting to the city: The airport is connected to the city by the metro and buses. Visitors will also find taxis.
Car Rental: Car rental agencies operate at the airport.
Airport Taxis: Passengers can opt for taxis.
Facilities: There are lost luggage facilities, as well as shops and a restaurant.
Parking Long and short-term parking is available.
Website: mehrabad.airport.ir/

Location: The airport is located 31 miles (50km) south of Tehran city centre.
Time: GMT +3.5 (GMT +4.5 between March and September)
Getting to the city: There are buses between the airport and the nearest subway station, from where passengers can connect to the city.
Car Rental: It is possible to rent a car at the airport.
Airport Taxis: Taxis are available but tend to be costly.
Facilities: Travellers will find banks and ATM facilities, a tourist information centre in the arrivals hall of the airport, as well as restaurants, prayer rooms, shopping facilities, VIP lounges, postal services and a lost and found service.
Parking Parking is available at the airport.
Website: www.ikac.ir

There are plenty of transport options to get around Tehran. The city has a modern metro system connecting various parts of the city, and it serves as the best way to get around for newcomers, as it avoids major traffic congestion. From Tehran's central railway station, visitors can catch a train to other major destinations in Iran.

The Bus Rapid Transport (BRT) serves the buses in Tehran, with inexpensive travel possible to almost anywhere in the city, but it's difficult to determine where and when to disembark without knowledge of Farsi or asking for help from locals. There is also gender segregated seating on trains, buses, and taxis.

Travelling by taxi is a comfortable way to get around the city but visitors should ask their hotel to book them one with a reputable company. It is also possible for female passengers travelling alone to request a vehicle with a female driver. It is best to negotiate fares upfront and they are also usually more flexible with gender-segregated seating.

Driving in Tehran will be a challenge for new arrivals, as local driving is sometimes erratic and dangerous. However, visitors who decide to hire a car will have the option to have a local driver accompany them, which is advisable. There's also a bike-share scheme for cycling in Tehran, consisting of docking stations where commuters can pick up or return borrowed bikes throughout the city. 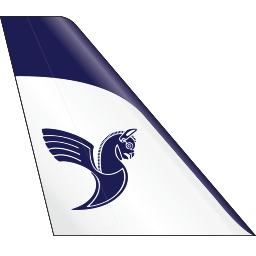