Jakarta is not a city that appeals to everyone but many find it an unavoidable stop on the way to more tranquil Indonesian destinations. A decentralised sprawl of low slung buildings and occasional high rise towers, the lack of any real city centre makes it difficult to experience Jakarta's highlights, which are scattered about the enormous districts. Jakarta has a reputation as a rich person's playground and, although it is a city of grungy streets and some conspicuous poverty, travellers will also find modern shopping complexes and examples of ostentatious wealth. Visitors can enjoy a bit of this glamour in the garish nightclubs and elegant restaurants.

Travelling far in the city is laborious, with heavy traffic and haywire street grids throughout this dense and stretching metropolis adding to the difficulty. Yet despite or, possibly, because of Jakarta's reputation as a difficult city, little visited areas and unique attractions feel like personal discoveries. Jakarta is a melting pot of everything Indonesian, giving visitors a quick introduction or synopsis of the country's various and incredibly diverse cultures, architectures, foods, languages, religions, and combined histories.

Although it can be a polluted and frustrating city to visit, Jakarta has some hidden gems and confronts tourists with the realities of urban Indonesia, providing an interesting contrast to the peaceful rural villages and glorious coastal areas.

Jakarta's Jalan Jaksa district was once a famous backpacker area, where young adventurers could find much of what they needed for unforgettable, budget holidays. Students studying at the Jakarta Law Academy used to frequent the street and were perhaps the originators of the area's youthful flavour. Today its old bars, hostels, travel agents and second-hand bookstores have given way to gentrification through upscale condos and hotels, and a variety of eateries. It's still worth passing through Jalan Jaksa, though, as it's just a short walk from a lot of Jakarta's best tourist offerings.

Indonesia is a vast place and it would take many holidays to explore the whole archipelago. A trip around Indonesia Miniature Park is useful and interesting because it offers samples of the different cultures and architecture to be found on some of the islands, including replicas of famous landmarks. Contrary to its name, the park itself is not small and covers 100 hectares of land. It includes examples of traditional buildings and cultural artefacts from all of the 27 provinces that make up Indonesia. The park also regularly hosts food sampling, dancing and other cultural performances from each province.

Visitors will inevitably be pulled to the National Monument (MONAS) and the enormous obelisk that is visible from much of the city. The first president, Sukarno, began to build the structure as a symbol of nationalism, with an impressive weight of gold shaped into the tip's flames. For visitors it serves as a great landmark in an otherwise confusing city centre. Elevator rides to the top are available, providing a bird's eye view of the city. The monument and surrounding park are open to the public and there is a museum that documents Indonesia's fight for independence; there is also a hall of meditation at the monument's base.

Kota, also called Old Batavia or Old Town Jakarta, is the only surviving piece of the Dutch colonial district. The Dutch had their Indonesian heyday in the 16th century when Jakarta was at the centre of Asia's trade with the West. Today, many of the area's colonial buildings are falling into disrepair but the central cobblestone square, Taman Fatahillah, still invites visitors to imagine life in the 16th century, when there was little outside the colonial fortifications of Kota save for orchards and rice fields. The area is open to roam about in and there is no admission charge or distinct boundary to delineate the old district.

Jakarta has a tropical monsoon climate, which is hot and humid with year-round rainfall. There is little fluctuation in temperature throughout the year: in summer (June to September) temperatures average around 82°F (28°C), while winter (December to February) has an average of 80°F (26°C). The wet season officially runs from November to June, while July to September is the driest and is considered the best time to visit Jakarta.

Location: The airport is situated 12 miles (20km) northwest of Jakarta.
Time: Local time is GMT +7.
Transfer Between Terminals: A free bus connects the terminals.
Getting to the city: Shuttle buses run hourly to the city centre and various other destinations in and around Jakarta until about 11pm. The bus that terminates at Gambir Station passes through the city centre. Taxis are metered and will be more expensive as a single traveller, but about the same price if you are sharing with three or four people; note that road tolls may be added to the fare.
Car Rental: Avis, Hertz and Europcar are represented at the airport, along with a number of local car rental companies.
Airport Taxis: Official taxi booths are located in the arrival terminal, where a host of unofficial taxi drivers also vie for business with varying prices. Depending on traffic, the 12-mile (20km) trip to the city centre will take between 30 and 45 minutes, but can be as long as an hour and a half if traffic is bad.
Facilities: Facilities are limited but the airport is clean and the staff are friendly and efficient. There are shops, banks, bars and restaurants, and tourist information and hotel reservations at the airport. There are facilities for disabled travellers; passengers with special needs are advised to inform their airline in advance.
Parking There are more than 2,000 parking bays at the airport, all within easy access of the terminals. Short and long stays available.
Website: www.soekarnohatta-airport.co.id/en/home

Travel across Jakarta often requires a combination of many forms of transport. Commonly used is the TransJakarta, a modern bus system that is allocated special street lanes to circumnavigate the often hectic traffic in the city centre. These buses are cheap and plentiful, though going long distances can become confusing when transferring. Other bus lines are more crowded and less safe and do not run on a fixed schedule.

Taxis are abundant but can be expensive for longer rides. Blue Bird taxis are the most trusted, though there are many impostors with questionable reputations. The city's traffic and many narrow street lanes are better suited for ojeks, also known as motorbike taxis. Three-wheeled vehicles known as bajaj are also popular for shorter trips, though passengers should be sure to bargain with both ojek and bajaj drivers before accepting rides.

Jakarta is a difficult city to navigate through and unfortunately, as it lacks a coherent city centre, attractions are spread quite far apart. For this reason walking is not really an option when sightseeing. Crime is also a problem so, if visitors are walking from place to place, they should be conscious of their possessions and ensure that they are difficult to access for pickpockets. It is best to leave valuables in hotel safes when possible.

The sprawling, dirty and confusing capital of Indonesia is an intoxicating collision of people, cultures and religions. As overwhelming as it is exciting, its attractions are mostly spread across various regions, making it difficult to know where to start as a tourist seeking worthwhile things to see and do.

A great starting point is Indonesia Miniature Park (Taman Mini), which showcases the cultures and some of the treasures of the different islands and regions in the archipelago, giving visitors a good overview of the whole country. Here visitors can find recreations of famous temples and statues and examples of the architectural styles of different Indonesian cultures. A good way to get a sense of the layout of Jakarta is to pay a visit to the National Monument of Indonesia, the city's landmark obelisk, which travellers can ascend for impressive views, and which houses a small museum showcasing the fight for Indonesian independence. This is also one of Jakarta's main meeting points for locals and is a lovely spot to indulge in some people watching.

Those interested in the colonial history of Jakarta should stroll around Old Batavia, the rundown waterfront area surrounding Fatahillah Square, which was once the centre of Dutch rule in Indonesia. Although not well maintained this old district still boasts some 16th-century buildings and other unexpected relics. Other popular attractions in Jakarta include the Istiqlal Mosque, the largest mosque in Indonesia, and the Museum Bank, a beautiful old building that once housed one of Indonesia's first banks and is now an intriguing banking museum.

If travellers are visiting with kids, they should be sure to check out Kidzania theme park, which is one of the city's most celebrated fun zones. 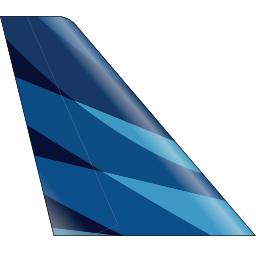