Larnaca is the international gateway to Cyprus; it has a busy international airport and is also an important port of call for cruises in the East Mediterranean. The town is one of the most popular holiday spots in Cyprus, with stunning beaches and a lovely palm tree-lined promenade, which is lined with bars, shops, and restaurants.

Larnaca was known as Kition in the days of the Old Testament and is one of the oldest continuously inhabited settlements in the world. The ruins of the ancient city can still be seen and much of its rich archaeological heritage has been preserved and is showcased in the local museums.

The lively package holiday resorts of Ayia Napa, Protaras, and Paralimni sit on a peninsula to the east of Larnaca, and are heaving with holidaymakers over the summer months. With a reputation as the party capital of Cyprus, the beach resort of Ayia Napa is popular with the young looking to make the most of their holiday in the sun.

Away from the action along the coast, the Larnaca region offers miles of unspoiled wilderness to explore. The Cape Greco peninsula is a government-protected conservation area with dramatic cliffs and abundant indigenous flora and fauna, proving popular with walkers and cyclists.

Kition was an ancient city-state on the southern coast of Cyprus in today's Larnaca. Some of the ruins can still be seen, featuring the remains of five temples dating back to the 13th century BC. Of particular interest is the Phoenician Temple of Astarte, which was built on the ruins of an earlier Bronze Age temple. The lower part of the northern city walls are also still visible, built of huge stones resembling Mycenaean cyclops. Residents in Larnaca are still finding artefacts all over the city, and a number of building projects have been abandoned due to fresh discoveries.

The 9th-century Church of Saint Lazarus stands in Larnaca as an important religious institution on Cyprus. Lazarus is believed to have lived at ancient Kition for 30 years after his resurrection by Jesus Christ, and was ordained the Bishop of Kition by Saints Barnabas and Mark. The church was built by the Byzantine Emperor Leo VI above what was believed to be the empty grave of Saint Lazarus. Subsequently, there are those who believe his final resting place to be in Marseilles, France. Eight days before the annual Greek Orthodox Easter, the Baroque wood-carved icon of the saint is carried in a procession through the streets of the town.

This fascinating and well-stocked museum is housed in the upper level of the Larnaca Castle on the city's seafront. The castle itself is the main attraction, built in 1625 by the Turks to defend the city from invasion. There is still a Turkish inscription above the doorway. Later it was used as a prison during the early years of British rule. One of the most popular attractions in Larnaca, the castle also operates as the Larnaca Municipal Cultural Centre during the summer and hosts local cultural events. The museum contains displays from the early Christian, Byzantine, Lusignan, and Ottoman periods.

About 20 miles (32km) from Larnaca on the Lefkosia-Lemesos Road, archaeological excavations at Choirokoitia have revealed one of the oldest Neolithic sites on Cyprus, dating back to around 7000 BC. Also known as Khirokitia, it was home to primitive farmers who cultivated wheat and barley. Visitors can explore the settlement's defensive wall, circular houses, and tombs. The site was first excavated in 1934 and work continues to this day. Four of the beehive-shaped houses made of mud and stone have been reconstructed to show how these early farmers lived. Most of the finds from Choirokoitia are displayed in the Cyprus Museum in Nicosia.

Perched atop a solitary mountain is the oldest monastery in Cyprus, Stavrovouni Monastery was founded in the 4th century by Saint Helena. Its most treasured relic is a supposed fragment of the holy cross, encased in a silver cross which is not visible to the public. Another artefact left by Helena at the monastery is the Cross of the Good Thief, which includes the nail and part of the rope said to have tied Jesus to the cross. The monastery is perched upon the eponymous mountain that used to be called Olympus. Reached by a winding steep road, the monastery is considered the spiritual centre of Cyprus and now houses an order of monks.

Within the interior of Cyprus and north of Limassol, the Troodos Mountains offer beautiful scenery, ski trails, and walks for nature lovers. The Troodos Mountains are the largest mountain range in Cyprus, so it is no wonder that they are also a popular winter destination. They are one of only a handful of places in the world where visitors can ski in the morning, and swim and sun tan in the afternoon. The main ski slopes are on the 6,401 foot (1,951m) Mount Olympus, roughly an hour's drive from Nicosia or Limassol, and the ski season extends from the beginning of January to the end of March.

Perhaps one of the most famous attractions on the island of Cyprus, the Rock of Aphrodite is an ocean outcrop surrounded by myth and legend. Said to be the birthplace of the Greek goddess of love, it was also supposedly put there by the Byzantine hero Basil to keep out invading Saracens. Seeming to bubble with divine energy, the waves are quite forceful and so tourists are encouraged to neither swim nor climb the rock formations. The area is also known as Petra tou Romiou, meaning 'Rock of the Roman'.

The natural beauty of Cape Greco makes it one of the first locations in tourists' itineraries. The unique headland stretches out into the gorgeous blue ocean, with fascinating shapes peeling off from the cliffs into the shore waters. There are also trails which will appeal to hikers, exploring the surrounding national park filled with a wide variety of flora and fauna. For those more inclined to adventure, there are also opportunities for cliff jumping, diving, and swimming in sea caves.

The Mediterranean climate in Larnaca is characterised by hot, relatively dry summers and winters with moderate rainfall and thunderstorms. The hottest part of the year lasts from the middle of June until the beginning of October, with average high temperatures between 84°F (29°C) and 91°F (33°C). Minimum temperatures rarely fall below 66°F (19°C), while humidity levels during this period can be as high as 90 percent. The summer heat is, however, offset by fresh sea breezes. The coolest part of the year starts in the beginning of December and lasts until the end of March, with temperatures that generally range between 44°F (7°C) and 66°F (19°C). Light to moderate rains and thunderstorms can occur throughout most of the year; rain is most common from December to March and least likely between the middle of July and the end of August.

Location: The airport is three miles (5km) outside of Larnaca.
Time: GMT +2 (GMT+3 between the last Sunday in March and the last Sunday in October).
Getting to the city: Buses and a few express shuttles provide regular service from the airport to Faros, Tekkes, Limassol, Nicosia and Larnaca. Various shuttle companies offer service from the airport by advance arrangement, and some local hotels offer transfer services for guests.
Car Rental: Car rental companies represented at the airport include Europcar, Budget and Sixt.
Airport Taxis: Taxi services are available 24 hours a day. Meters are government-regulated.
Facilities: Airport facilities include banks, currency exchange, a café, smoking lounge, charging ports, a business lounge, post office, duty-free shopping, and a gift shop. Snacks and light refreshments are available 24 hours. There are disabled facilities available, including wheelchairs. Tour operators are located in Arrivals.
Parking There is a drop-off and pick-up zone and short and long-term parking at Larnaca International Airport. One hour's parking in the short-term lot costs €6, with a daily maximum of €10.
Website: www.cyprusairports.com.cy

The most popular way to get around in Larnaca is by bus. The local public bus service is run by Zinonas Larnaca Buses, which has routes that run throughout the city and surrounding areas. Buses are blue in colour and usually have their destination displayed on the front window. Roadside bus stations generally don't display departure information, although buses should arrive approximately every 30 minutes. The city's largest bus terminal is the Dimitras Bus Station to the east of the city, which can provide travellers with route information. Buses are also a popular option for intercity travel and are run by a variety of private operators, with some extending routes to resorts such as Ayia Napa and Protaras. Taxis are another option for getting around Larnaca as well as for intercity travel but they are more expensive than buses. For longer distances, shared taxis are a popular, more cost-effective option than taking a regular taxi cab.

There's plenty to see and do in Larnaca, with visitors able to relax in a gorgeous Mediterranean setting before exploring the impressive archaeological sites. The most famous of these are the ruins of the ancient city of Kition, and the remains of Choirokoitia, a Neolithic settlement and UNESCO World Heritage Site that dates back to around 7000 BC.

Numerous museums preserve the country's historical artefacts, while there are many sites of religious significance such as the remote yet beautiful Stavrovouni Monastery, the striking Hala Sultan Tekke and the Church of Avios Lazaros.

For those more interested in sand and sea, the main town beach of Finikoudes is highly popular. Larnaca is a dream destination for divers, with numerous technical and recreational dives. One of the most worthwhile dives is the viewing of the Wreck of the Zenobia. 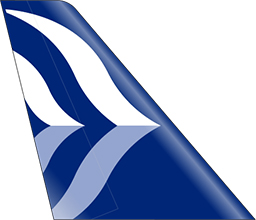