Baku is an ancient coastal city on the Caspian Sea. Dating back to the 1st century AD, its long and colourful history includes occupation by the Persians and Russians. The discovery of oil in the 19th century made Baku a hotly contested region during World War II and for much of the 20th century.

In recent years, the city has embarked on a massive restructuring initiative, with ugly Soviet-style buildings torn down for parks and gardens. Indeed, improvements to services and infrastructure have been substantial, and Baku is coming into its own as a modern, 21st century city.

That said, Baku has retained its sense of culture and history through preserving its Old City: a walled fortress designated a UNESCO World Heritage Site. Visitors can easily explore the walkable maze of narrow cobbled streets in a single day, seeing stunning medieval structures like the Maiden Tower, the Shirvanshahs' Palace, as well as the public baths and dozens of mosques.

Travellers who want to enjoy the sparkling Caspian Sea may be disappointed by the city's beaches. However, the Absheron Peninsula's north coast offers several beautiful stretches of sandy coastline and excellent facilities, most notably at Bilgah and Amburan.

Baku has a semi-arid climate with warm, dry summers and cool winters. The city is located in the most arid part of Azerbaijan, where precipitation is less than eight inches (203mm) per year. Even in the winter (December to February), when Baku experiences the majority of its rain, precipitation levels are still relatively low.

Strong gale-force winds are possible throughout the year and, for this reason, Baku is known as 'The City of Winds'. Also, because of these winds, the city experiences fierce snow storms during the winter months.

Average high temperatures during summer (June to August) reach 87°F (31°C), with the Khazri winds providing a much-needed cooling effect. In winter, average temperatures drop to around 39°F (4°C), with temperatures on the coast dipping below freezing.

Location: The airport is situated about 13 miles (21km) from Baku.
Time: GMT +4
Transfer Between Terminals: It is possible to walk between terminals.
Getting to the city: Aero Express buses services the city centre and official taxis are available outside the airport building. Visitors should be aware of drivers within the arrivals hall who are unlicensed and charge more. Hotel courtesy cars can be arranged for a fee.
Car Rental: Car rental companies are available.
Airport Taxis: Taxis are available at the airport.
Facilities: ATMs are located on the first floor. Left-luggage storage is available, and other services include VIP lounges, duty-free shops and bureaux de change.
Parking Parking is available at the airport.
Website: www.airport.az/

Visitors will find a number of transport options. The Baku Metro is the capital's rapid transport system and consists of more than 20 stations scattered throughout the city. It provides the cheapest way to get around. Baku also has a system of electric trains that serve several locales and surrounding areas. Alternative modes of public transport include buses and minibuses, which can take people almost anywhere in the city. Destinations are clearly marked on the fronts of vehicles.

Taxis in Baku are similar to London's black cabs in style. Travellers can also hire a car in Azerbaijan and a number of car rental companies have offices at the airport. Road conditions and signage are of a good standard in the city. Against that, foreign drivers can sometimes struggle to deal with the erratic behaviour of local road users. 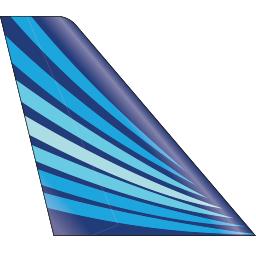