The pretty city of Split has a rich history. Since ancient times, it has served in various guises as the economic and administrative centre of the beautiful Croatian Adriatic coastal region, today called Dalmatia.

The city is mainly sprawled on a peninsula on the eastern part of the island of Ciovo, although it has spread onto the mainland and encompasses the mouth of the River Cetina. From the 5th to the 2nd century BC, Greek colonists settled the mainland and adjacent islands.

Later came the Romans, in particular the Emperor Diocletian. Being of Dalmatian origin, he elected to build a huge palace at a spot then called Salona in the year 303 AD. A town grew around the palace and by the Middle Ages, the city of Split had begun to develop.

Diocletian's Palace still stands in the very heart of the old quarter of Split, charming visitors with its cobbled streets and classical architecture. The greater region is characterised by lush vegetation and verdant greenery, particularly Marjan Hill on the west of the peninsula with its ancient indigenous forest.

The city makes an ideal base from which to explore the wondrous islands, beautiful locations and historic villages in central Dalmatia. Split is also world renowned among seafarers for the quality of its some 44 marinas, drawing yachts and catamarans from all over Europe and making it a great cruising destination in the Adriatic.

The building housing the Croatian National Theatre (or HNK Zagreb) is as much a national treasure as the world-class theatre, opera, music and ballet productions that take place on its stage. Construction began on the theatre building in 1894, with Croatian artist Vlaho Bukovac painting the ceremonial curtain while Viennese artist Alexander Goltz decorated the ceiling of the auditorium. At the entrance to the theatre, visitors can see the large ornate fountain called 'The Well of Life', designed by Croatian artist Ivan Meštrovic in 1905. The Croatian National Theatre has hosted famous artists and performers from all over the world, and culture enthusiasts shouldn't miss a show.

Founded in 1820, the Archaeological Museum in Split is the oldest museum in Croatia. Its displays include artefacts from prehistoric times, the Greek colonial period and from the Roman-, early Christian- and Medieval ages. Most of the relics found in excavations of the Roman city of Salona are displayed, as well as sarcophagi, statues and friezes. The museum also contains a large assembly of antique coins and a prominent library. Those who have smartphones can make use of the free WiFi audio guide, which is informative and enhances the experience. Outside the museum is a lovely garden with a covered walkway and decorated with a number of sculptures.

Bol and Supetar are the two main resorts on Brac, with attractive old towns and laid-back charm. Brac is a great destination for a number of watersports, with Bol being the windsurfing capital of Croatia. It also boasts a famous strip of beach that stretches out into the ocean, featuring on most Croatian tourist brochures. Like much of Croatia, the beaches on Brac Island are mainly rocky, boasting stunningly clear blue water and calm seas. Those desperate to find a sandy beach should head down to Lovrecina, which has its own beach bar and restaurant. Brac is generally less crowded than Split and other popular areas on Croatia's mainland, but can get busy during the peak summer months.

Location: The airport is situated 16 miles (25km) west of Split.
Time: Local time is GMT +1 (GMT +2 from last Saturday in March to end of October).
Getting to the city: Croatia Airlines operates a bus between the airport and the main bus station, on the waterfront, in Split. Taxis are also available.
Car Rental: Car rental companies include Avis, Budget, Europcar, Hertz, National and others.
Airport Taxis: There are taxis available outside the terminal during operating hours.
Facilities: Airport facilities include a restaurant and café, duty-free shopping, banking and currency exchange services and a post office.
Parking Parking is available at the airport with discounts available for long-term parking.
Website: www.split-airport.hr

A popular tourist destination, Split provides travellers with a number of effective ways to get around town. Travellers in Split should find it easy to move seamlessly from one form of transport to the next, as the ferry, bus and train stations are all near one another.

The primary form of public transportation in Split is the city's bus network, which is extensive and covers all areas of the city that might be of interest to travellers. Buses usually run from about 5am until around midnight, and have their destinations clearly laid out in route maps at most stops. Visitors will find most of their travel needs attended to by the bus stop near the ferry harbour, as it's a meeting point of the most popular lines.

However, many travellers in Split may find it easiest and most enjoyable to simply get around on foot. The layout of the city is accommodating to pedestrians, with key attractions and shopping centres within walking distance and a scenic promenade along the water between the port and marina.

Visitors in Split also have the option of renting a car. This can be especially useful for those wanting to explore the surrounding area. Thankfully, Croatian roads are famously good. Although renting a car is ideal for exploring the wider region, prospective drivers should note that there isn't much parking in the city centre and none in Split's old town.

Split is an ancient and attractive city with centuries of history bolstering its modern appeal. As with many Croatian settlements, the richest concentration of tourist attractions in Split can be found in its oldest districts around the famous Diocletian's Palace. This magnificent building was constructed by the Roman Emperor Diocletian in 303 AD, and it's a privilege and a pleasure to explore. There are several informative walking tours through the palace complex and surrounding old areas.

The impressive Cathedral of St Domnius and a climb up its rather scary bell tower will often feature on these tours. Another experience not to be missed is the remarkable clock by West Gate, which has kept time in the city for more than a century.

There are lots of other things to see and do in Split, such as the oldest museum in Croatia: the Archaeological Museum. It collects and displays artefacts from the city's long history and is a joy for history buffs. On a more contemporary note, travellers will enjoy a stroll along the pretty promenade of Riva Harbour, lined with bars and spots for outside recreation.

Split is also a convenient base for excursions and day trips to myriad beautiful islands and villages: the nearby islands of Brac and Hvar offer stunning beaches and charming little towns, and the coastal villages of Makarska and Sibenik are enduring Croatian favourites. Lastly, the magical walled town of Trogir, a UNESCO World Heritage Site, is situated on a tiny island between Ciovo and the mainland, and tops the list of many a Croatian travel itinerary.

Off the coast of Split is the island of Hvar, which abounds with Romanesque and Renaissance buildings and a true Mediterranean atmosphere. Hvar has been inhabited since ancient times;in fact, archaeologists have found evidence dating back to 3500 BC. It's now mainly a wine-growing area, with the main towns of Vrboska and Jelsa famed for their Dalmatian vintages. Hvar is dotted with picturesque rural villages, many fairly untouched by time and tourism. Must-see attractions in Hvar include the incredible Hvar Fortress, reached by a fairly strenuous climb, but with the reward of exquisite views of the whole town and harbour. No visit to Hvar would be complete without a visit to Dubovica Beach, so often delightfully free of crowds.

Trakoscan is a legendary 13th-century Gothic castle that was home to various influential families for centuries before finally falling into abandoned disrepair in the second half of the 18th century, when it belonged to the Draskovic family.

In the 1950s, the castle was taken over by the state and turned into a living museum, reconstructing life in a medieval castle. Visitors can explore four levels, including the dungeon, and finish their tour with a stroll through the surrounding parklands.

Trakoscan Castle is a spectacular journey for the imagination as it feels so authentic. Guests can wander with freedom through the stone corridors, up and down the winding staircases, and into the various rooms. It is also a great attraction for the younger children as the castle, lake, and forest settings transport the little ones to a fairytale world.

The castle features original artefacts from its history, including furniture and weaponry, and displays are informative and well laid out. As wandering through the castle and its beautiful grounds can be somewhat tiring, visitors often stop for a break at the restaurant by the lake.

Sibenik is a historic town, located in central Dalmatia. Over the centuries, it has endured many rulers who have claimed it as their own, from Byzantium to the Kingdom of Bosnia. Naturally, it's a product of this complex past, with a diverse tapestry of influences and rich cultural heritage. Sibenik is home to the Cathedral of St Jacob, the crowning glory of the Dalmatian Coast. The beautiful baptistery, domed roof and 71 stone heads on the exterior walls truly make this Renaissance cathedral a thing of divine beauty. The city also makes a good base from which to visit the nearby Krka National Park.

Fringed by the two green peninsulas of Osejava and St Peter, Makarska's cobblestoned streets and natural harbour nestle in the shadow of Mount Biokovo. This beautiful town offers secluded beaches washed by an azure sea and lies at the heart of the Makarska Riviera, characterised by pine forests and a string of white pebble beaches. Makarska spans occupations by the Venetians, Turks, French and Austrians, all leaving imprints of their own culture and tradition. The town boasts a 16th century Franciscan monastery, a Venetian fountain, several churches and Baroque palaces. The main tourist district is lined with fashionable boutiques, cafes and bars, all a stone's throw away from the yachts and catamarans docked in the harbour. 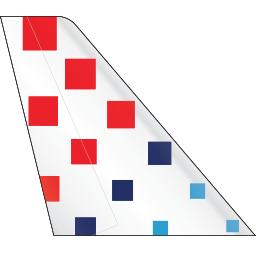