Located in the fertile plains of the Sichuan Province's Red Basin, Chengdu seems so much like a small town that it can be easy to forget it is one of China's largest cities. With nicknames such as 'Heavenly State', 'City of Hibiscus' and 'Land of Milk and Honey', it is no wonder that Chengdu is also ranked as one of China's most liveable places.

Still a well-kept secret for many tourists in China, Chengdu lacks the famous historical sites that draw crowds to tourist magnets Beijing, Shanghai and Xi'an. This doesn't mean that the city lacks historical importance, being the site of origin for the Bronze culture, the Southern Silk Road and the printing of the first paper currency. Chengdu is full of rich history, where travellers can visit attractions such as the Wenshu Monastery, Wuhou Memorial Temple, Tomb of Wang Jian, Green Ram Temple and the Thatched Cottage of the ancient poet Du Fu.

Chengdu is an important culinary destination in China, and visitors can attend traditional Chinese tea ceremonies at many teahouses, including Wenshu Monastery and Guanghe Chalou. The food in Chengdu is some of the best in the region, offering fiery Sichuan dishes such as hotpots, Chongqing duck neck and spicy dragon prawns from roadside carts or stylish restaurants.

But the top attraction in Chengdu is located in the lush valleys surrounding the town: the Chengdu Panda Breeding and Research Center is the world's only centre of its kind, and offers one-of-a-kind opportunities to see and interact with pandas and their cubs.

Chengdu makes a great base for exploring the Sichuan Province, as it is within easy distance of the Giant Buddha of Leshan, Mount Qingcheng and the Jiuzhaigou Scenic Area. It is also a convenient stopover on travels to Tibet, as there are almost daily flights to Lhasa.

The Chengdu Panda Breeding and Research Centre is a must see for animal lovers. The largest centre of its kind, Chengdu was founded with the aim of increasing the population of giant pandas in captivity so that more may be released into the wild. The park is also a home to other endangered Chinese animals, such as the South China Tiger, red pandas and golden monkeys. It takes about two hours to walk the grounds; alternatively, visitors can ride in a tour cart. It is best to go for feeding time (9amâ€'10am) which is when the animals are most active.

Mount Qingcheng is said to be the birthplace of Taoism, serving as a popular destination for locals and tourists alike. It's two sides provide rather different experiences. The front of the mountain is more tourist friendly, boasting an impressive array of cultural and historical landmarks such as the Jianfu Palace, Tianshi Cave and Shangqing Palace. The back of the mountain is more off the beaten track, offering stunning but demanding hiking routes through narrow and unspoilt passes, waterfalls and woods. Although the paths are well maintained, there is a cable car which can be taken halfway or all the way up. The mountain is an ideal escape from crowded urban sightseeing and is a must for those interested in the region's flora and fauna.

Kuanzhai Ancient Street is one of three historic preservation areas in the city and scores highly on most visitors' lists of things to see and do in Chengdu. It is formed by the confluence of three alleys: Kuan Alley, Zhai Alley and Jing Alley. The city once boasted 45 18th-century courtyards, and Kuanzhai contains the only three that remain well-preserved. Kuanzhai is trendy and artistic and an entertaining cultural experience for visitors, with ancient Chinese architecture providing a captivating contrast to modern restaurants and art galleries. It is particularly interesting to walk this street in the evening when the ancient attractions are juxtaposed with a lively nightlife, bright city lights and cultural dance performances.

Chengdu has a humid subtropical climate, with four distinct seasons: spring is short and warm, summer is long, wet, and steamy, autumn is cool and rainy, and winter is cold and foggy. Average minimum and maximum temperatures range from 28°F (-2°C) in the winter (December to February) up to 86°F (30°C) at the peak of summer (June to August). Chengdu is humid and foggy for most of the year, which reduces sunlight hours and can exaggerate the feel of the temperature. The rainy season is in July and August, when occasional storms are experienced. The best time to visit Chengdu is in the spring and autumn, March to June and September to November.

Location: Chendgu International Airport is located about 10 miles (16km) southwest of downtown Chengdu.
Time: Local time is GMT +8
Transfer Between Terminals: The terminals are within walking distance, however shuttles are available to transfer passengers.
Getting to the city: There are buses from the airport to the city centre, the railway staion, and century city. Passengers can also take the High-speed train to Chengdu Nan (South) Railway Station and Chengdu Dong (East) Railway Station.
Car Rental: There are no car hire facilities at the airport, however rental cars are available in downtown Chengdu and airport pickup services are available.
Airport Taxis: Taxis are available outside of of Terminal 1 and Terminal 2.
Facilities: Airport services include an information centre, a currency exchange, baggage trolleys, a smoking room, ATMs, luggage storage and packaging, a lost and found, medical services, VIP and first class lounges, restaurants and shops, and business services.
Parking Parking is located in front of Terminal 1. The first half an hour is free, after that the parking rates start at RMB 4 and increase by RMB 2 every half an hour. It costs RMB 96 per day.

Hiring a car in Chengdu is not advised due to heavy and chaotic traffic, especially at rush hour times. Metered taxis are available, though difficult to find in some areas. Note that it is necessary to have your destination written in Chinese as most drivers don't speak English.

There are plenty of public transport options, most of which are marked on tourist maps available from the airport, railway station, and souvenir shops.

Public transport in Chengdu is mostly comprised of an extensive bus network. There is a free shuttle service that links all parts of the city centre. The other half of Chengdu's public transport is the metro, which connects the North and South Railway Stations. A second line, running northwest and southeast, has recently been completed. Trains are regular and safe, if a little crowded during rush hour. Be sure to check the operational hours as the metro does not run late into the night.

Situated in the centre of Chengdu Plain, at the confluence of the Min and Tuo Rivers, is the maze-like city of Chengdu. Travellers are most commonly drawn to the area by the Chengdu Panda Breeding and Research Centre, but once there they discover many other interesting things to see and do in Chengdu.

Pandas are justifiably Chengdu's biggest attraction, where the Chengdu Panda Breeding and Research Centre has popularized conservation of these gentle giants. The centre rehabilitates and breeds a number of animals besides the loveable Giant Pandas, including Red Pandas, South China Tigers, and Golden Monkeys. It is an absolute must for anybody who loves animals and is interested in wildlife conservation. For a special donation, visitors can even hold a panda cub.

Another popular excursion from Chengdu is a trip to Mount Qincheng just outside the city. The mountain provides wonderful hiking opportunities amidst many historical and cultural places of interest.

Travellers interested in archaeology and ancient civilizations should visit the Jinsha Site Museum, located on the site where archaeologists unearthed an ancient village of the Shu Kingdom (220 - 280 AD) and displays some wonderful ancient relics and artefacts. A good companion site in town is the Wuhou Memorial Temple, which has shrines to the ministers of the Shu Kingdom.

Other attractions in Chengdu include Wenshu Temple, the city's largest Buddhist temple complex, and People's Park, a big public park with a number of attractions, including a rather odd underground museum. Kuanzhai Ancient Street is also worth visiting: it is a trendy shopping street and cultural hot spot as well as a historic preservation area with several ancient structures. Kuanzhai and the charming Jinli Alley are the best places for bargain hunting and sampling local cuisine. 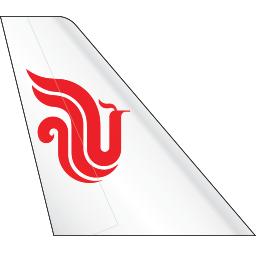