Enter your flight details to check which terminal you need

Heathrow has played a crucial role as Britain’s front door over the last 75 years.  Over the decades, the thousands of companies operating in and around the airport have built Heathrow up to become the UK’s only hub airport. Enabling our airport to compete with other major hub airports in Amsterdam, Frankfurt, Dubai and Turkey.

How a hub airport works

Hub airports work to create economies of scale by pooling demand from passengers travelling directly to their destinations, connecting passengers and freight.  Cargo is a vital piece of this puzzle as it helps to keep the airport’s route network diverse by keeping more routes commercially viable. Normally, 95% of air freight at the airport is carried in the belly-hold of passenger aircraft. While 90% of the UK’s trade by volume is transported by sea, high value goods are transported by air. That means luxury British goods could be right under your feet as you jet off on your next holiday.  Heathrow is the UK’s largest port by value, accounting for over a fifth (21%) of UK trade in goods by value.

New research published by the Centre for Economics and Business Research (CEBR) has uncovered the role Heathrow will play in providing a much-needed trade boost to help the UK recover after the effects of Covid-19, and help deliver the Government’s vision to build a Global Britain.

Heathrow’s role in facilitating trade and travel to valuable new markets in the US and Pacific, will mean £204 billion worth of cargo is projected to pass through the airport by 2025 (up from £188 billion in 2019). The benefits of this boost will be felt throughout the country, by the many British companies that rely on Heathrow’s connections to reach markets across the world.

This research reaffirms the importance of the global hub airport model to the UK, which is not only benefits passengers looking to fly to more destinations, but also supports Britain’s ambitious exporters which rely on aviation trade routes to get their goods to markets and the other UK airports that benefit from Heathrow’s links to markets further afield.

Connecting Britain to the world

Take a look through the facts and figures

Connecting Britain to the world

Take a look through the facts and figures 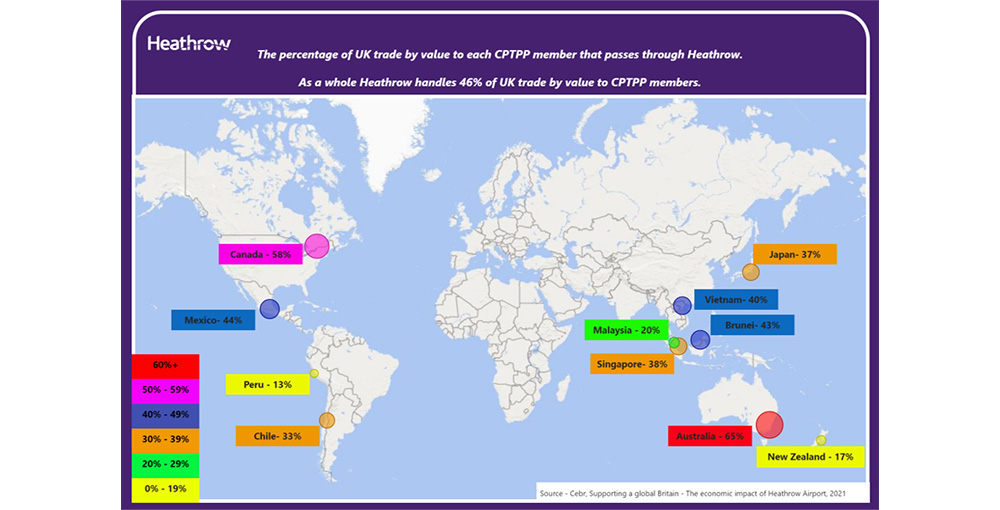 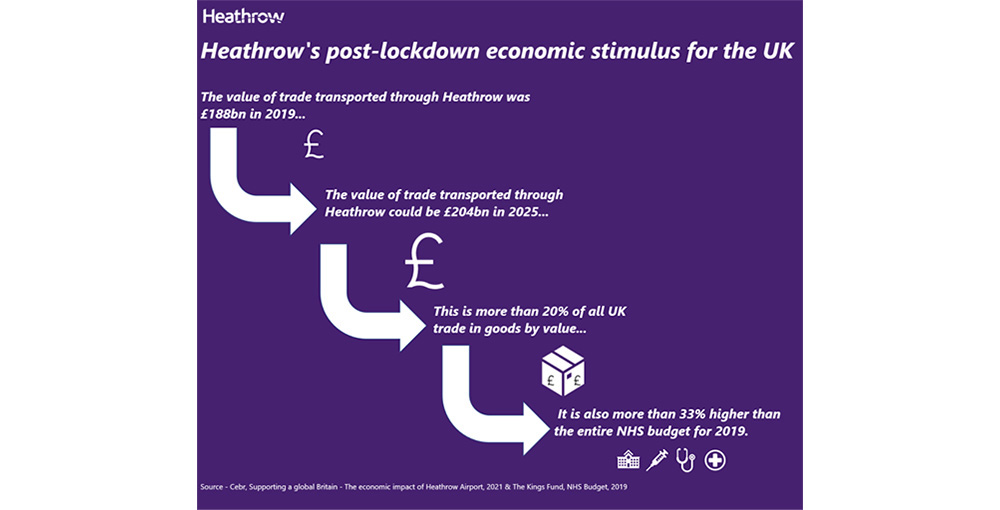 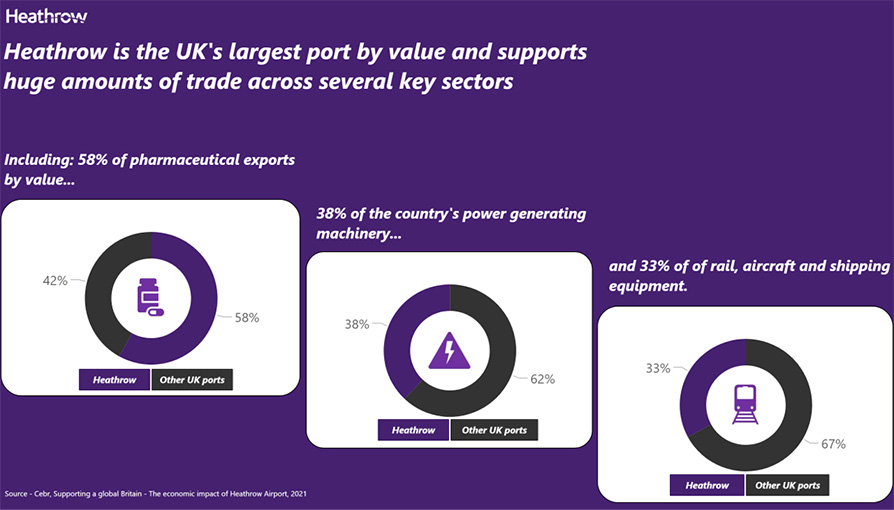 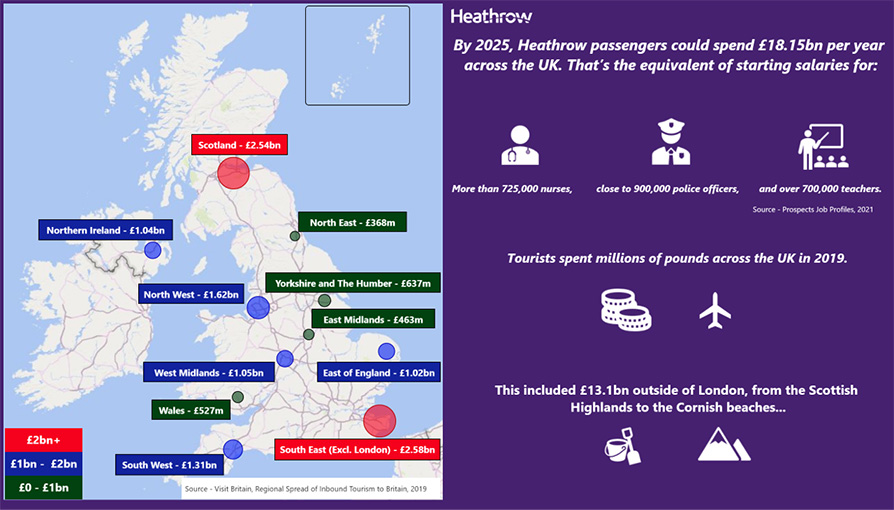 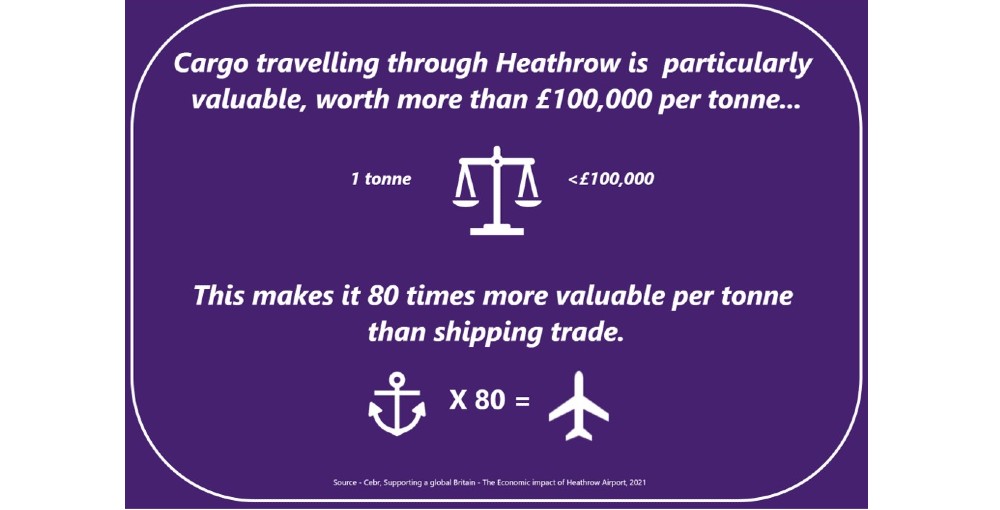 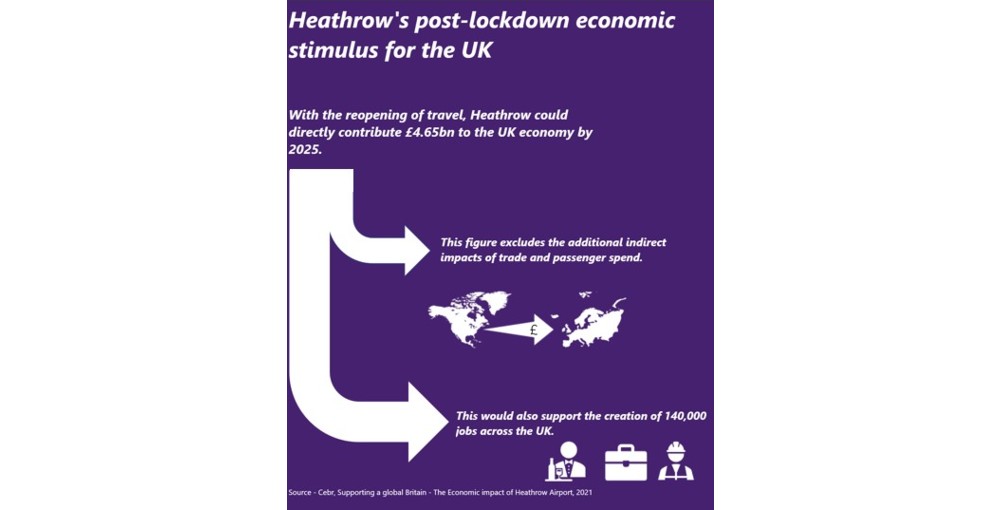