Raleigh, North Carolina's capital, makes up the southeast corner of the famous Research Triangle, with Durham and Chapel Hill at the other two points. The state's second-largest city is a vital centre of high tech business and education.

Unlike many cities that grow up around ports or stations, Raleigh was planned specifically to be the state capital. At its centre stands the beautiful North Carolina Capitol building, a fine Greek Revival-style landmark, from which wide, oak-lined streets radiate.

This careful geometry makes exploring Raleigh quite straightforward. In this pleasant city, there's a unique mix of Southern heritage and unpretentious manners; elite academia and boisterous university life and athletics; and the fast-paced, sleek sophistication of Triangle professionals.

Raleigh is often lumped together with nearby cities Durham and Chapel Hill. Although the three are only about a 30-minute drive from one another, they are different communities. Durham was once one of the most thriving African-American centres in the country.

Today, its main attraction is Duke University, one of the top schools in the United States and home of the Blue Devils, another sports powerhouse. Although revitalisation efforts are underway, its downtown areas have sadly suffered in recent decades.

Meanwhile, Chapel Hill is a lovely college town, with beautiful old homes, endless coffee shops, pubs, and restaurants, enjoying a decidedly liberal leaning. It is home to the University of North Carolina at Chapel Hill, another top American educational institution, and the beloved Tar Heels, a force in college athletics.

Known as the 'Smithsonian of the South', there are a few renowned museums and an excellent performing arts scene. Ultimately, Raleigh is a perfect destination for those seeking to experience a bit of Southern history and culture without giving up the attractions and conveniences of a big city.

The North Carolina Museum of Natural Sciences has recreated a series of natural environments, complete with living animals and a 20-foot-high (6m) waterfall, through which visitors can walk and discover North Carolina's diverse geography, geology, flora, and fauna. The museum is also home to Willo, a 66-million-year-old dinosaur skeleton, and the only one in the world with a fossilized heart. Other dinosaurs are also on display, as is one of the world's finest whale skeletons. The museum's café serves tasty breakfasts and lunches. While general admission is free, donations are welcome. Special exhibitions do have cover charges.

Artspace is a pioneering visual arts centre that allows the public to become part of the creative process. As the heart of Raleigh's arts community, Artspace stages countless challenging and award-winning exhibitions, workshops, outreach programs, and public events each year. Its unique open studio environment enables artists to collaborate with one another and with visitors. Today, it is one of the largest open studio spaces in the country, and offers a variety of art classes for children and adults. The fact that there is no admission cost is an extra bonus. For details on what exhibitions are on show and what artists are in residence during your visit, check the official website listed below.

The collection at the North Carolina Museum of Art spans about 5,000 years, from ancient Egypt up to the present day. Ancient pieces include Greek and Roman sculptures and vases, and an internationally celebrated European collection. This includes significant works from the Renaissance through Impressionist periods by artists such as Botticelli, Raphael, and Monet. There's also a collection spanning 18th and 19th-century American works, as well as modern art by major contemporary artists. The museum shop offers books, posters, and other art-related merchandise, while the Blue Ridge restaurant serves delicious lunch, overlooking the lush grounds scattered with sculptures.

Raleigh has a moderate subtropical climate. Although the city has four fairly distinct seasons, warm weather is common throughout spring, summer and autumn. Summers, between June and August, can be quite hot and humid, with temperatures averaging between 65°F (18°C) and 90°F (32°C).

The spring and autumn seasons are extremely pleasant and sunny. Winters are mild, with somewhat chilly temperatures but very rare snowfalls. In winter, between December and February, temperatures average between 31°F (-1°C) and 55°F (13°C).

Location: The airport is situated 14 miles (23km) from Durham and 14 miles (23km) from Raleigh.
Time: GMT -5 (GMT -4 from mid-March to the first Sunday in November).
Transfer Between Terminals: Free buses run between the two terminals.
Getting to the city: The GoTriangle Route 100 bus provides a public bus service between the airport and its Regional Transit Center, where passengers can connect to bus routes throughout the region. This includes major areas such as Raleigh, Durham, Chapel Hill, Cary, and Research Triangle Park. The buses depart at least once an hour from outside both terminals. Other bus services include Amtrak and Greyhound.
Car Rental: Car rental companies located at the airport include Alamo, Avis, Budget, Dollar, Hertz, and National. A shuttle service runs every 15 minutes from outside the baggage claim area of both terminals to the car rental offices.
Airport Taxis: The official taxi company servicing Raleigh-Durham Airport is RDU Airport Taxis. Extra charges are added for excess baggage.
Facilities: Facilities include ATMs, a post box, restaurants, bars, shops, vending machines, a spa, shoeshine services, smoking areas, tourist information, and hotel reservations. Business centres in both terminals offer currency exchange and travel insurance. Facilities for the disabled are good.
Parking There are a number of parking lots available. The Premier lot is $3 and hour, and up to $22 per day. The Economy Lots are also available for $1 an hour, or $7 per day, with a shuttle which connects the lots and the terminal building.
Website: www.rdu.com

While it is possible to walk in Raleigh within certain districts, especially in the central downtown area, a car is highly recommended. Raleigh is a big and spread out city, although navigating the area by car is relatively straightforward.

The GoRaleigh, GoCary, R-LINE, and Wolfline bus systems provide riders with an extensive network of local routes. When in need of a taxi, it is best to call ahead for one, as it can be difficult to hail taxis on the street.

The nightlife scene in Raleigh has become much livelier in recent years, a far cry from its reputation as a somewhat sleepy hideaway in the town. Its diverse historic districts and neighbourhoods cater to many different tastes.

The area surrounding the Capital is the centre of government, business, and history. Despite its daytime bustle, it remains a lovely spot for a stroll amongst grand museums and a leafy square. Nearby Oakwood is full of exquisitely restored 19th-century homes and gardens.

With its old-fashioned lampposts and cobbled streets, Moore Square is another city oasis. By day, visitors can lounge in the park and must rub for good luck the giant copper acorn sculpture, in honour of Raleigh's nickname, the 'City of Oaks'.

By night, Moore Square comes alive with upscale bars and restaurants, as do pedestrian Fayetteville Street and the chic Warehouse District, popular with Raleigh's hip crowd. Shoppers should head for the posh shops of North Hills or the boutiques of Cameron Village.

Those in search of a more colourful atmosphere will find it on Hillsborough Street and in the NC State University district, where a jumble of undergrads, professors, and tourists mingle in coffeehouses, restaurants, and casual pubs. NC State is North Carolina's largest university. It's a leader in intercollegiate sports, often overshadowing its strong reputation for research. 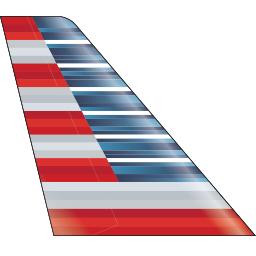