The striking Ukrainian capital of Kiev (or Kyiv) is one of Eastern Europe's oldest cities and its fortunes have risen and fallen with the tides of history. The city is believed to date back to the 5th century and was a key player in the expansion of the medieval East Slavic nation, as well as serving as a major centre for trade between the Mediterranean and the Baltic.

By the 1200s, Kiev was one of the world's largest cities, but fell foul to invading Mongols in 1240, really only fully recovering in the 19th century during the Russian Revolution. Much of the city and its treasures were again damaged during World War II, but Kiev still boasts a rich cultural heritage and a range of spectacular attractions.

Many interesting museums, theatres, opera houses, historical buildings and gardens wait to be discovered in Kiev, laid out on either side of the picturesque Dnieper River. The western bank is home to the older part of the city and was, pre-urbanisation, characterised by its forested hills, as well as steep ravines and winding rivers, which serve as ice-rinks in winter. Watched over by a statue of the historic protector of Kiev, Michael Archangel, the city also boasts a successful blend of the old and the new. Modern buildings nestle against historical gems and cultural wonders rub shoulders with trendy, buzzing nightclubs, bars and restaurants.

Any visit to the Ukraine is bound to start with an exploration of its capital, and visitors will need to ensure they give themselves ample time to explore all it has to offer. From the Golden Gate of Kiev, built in 1037, to a funicular ride up the steep western bank, Kiev has something for all tastes and certainly will not disappoint.

Dating back to the 11th century, the exquisite green and gold-domed St Sophia Cathedral was an important power centre for the Soviet Union. It has been damaged and repaired many times over the years, and today is a blend of architectural styles from nine different centuries. Perhaps one of the most striking aspects of the cathedral is its impressive collection of Byzantine mosaics and frescoes that date back to its inception. A UNESCO World Heritage Site, the St Sophia Cathedral also serves as a living text: hundreds of pieces of graffiti relating to political and historical events spanning the centuries can be read by visitors today.

Kiev-Pechersk Lavra (the Caves Monastery) is a fascinating living piece of history dating back to 1051. The Venerable Anthony, a devout monk, settled in a cave on the western bank of the Dnieper River and was soon joined by his followers, their numbers swiftly beginning to outgrow the caves. Prince Izyaslav and other Kievan aristocracy were frequent visitors to the Venerable Anthony and donated money to build a church and aboveground monastery. Since that period, the monastery has continued to grow and is still active today, serving as an important centre of Orthodox Christianity and reflecting a fascinating way of life.

The National Museum of the History of Ukraine in the Second World War is dominated by the enormous Motherland Monument, which looks like the sword-wielding sister of the Statue of Liberty. The museum houses a fascinating collection of World War II artefacts in a Soviet-built building. Decommissioned tanks sit outside, symbolically painted with flowers and nearby another interesting statue entitled 'To the Fallen' serves as a memorial to all those who fought and died in the war. Although most of the museum notes are in either Russian or Ukrainian, the exhibitions are well laid out and the displays are fascinating.

Summers in Kiev can be notoriously hot, and locals know that the best way to beat the heat is a trip to Hydropark Island. Less an amusement park than an entertainment development, Hydropark is located on the Dnieper River and offers attractions such as sandy beaches, water rides, riverboat trips, paintball, bungee jumping, an ice rink, casino, and more. At night the island is a jungle of neon lights, with restaurants, bars and nightclubs playing music until early in the morning. The Metro, Rusanivka, and Venetian bridges connect Hydropark to the mainland.

Kiev's climate is continental, with hot summers and cold winters. July to August is the hottest period, when temperatures range from about 57°F (14°C ) to 77°F (25°C), whereas December to February is the coldest period, with temperatures averaging between 24°F (-4°C) and 30°F (-1°C). In winter, the city's rivers tend to freeze over, creating a winter wonderland and allowing for ice-skating and ice fishing. Snow cover is common from November to March.

Location: The airport is situated 18 miles (29km) from Kiev.
Time: Local time is GMT +2 (GMT +3 between March and October).
Transfer Between Terminals: For passenger convenience a free shuttle bus operates for access between terminals as well as transport to the airport hotel.
Getting to the city: Sky Bus provides a service from the airport to the centre of Kiev. The service is direct and cost-effective. Official taxis are also available.
Car Rental: Europcar, Hertz, Sixt, Budget and Avis operate from the airport.
Airport Taxis: Designated airport taxis are available from Arrivals and Departures at a fixed rate.
Facilities: There are banks, currency exchange and ATMs throughout the airport. A variety of shops and duty free stores are available, and there are several cafes, restaurants and bars. Other facilities include luggage wrapping, left luggage, a travel agency, and special services for the handicapped.
Parking There are both short-term and long-term parking options at the airport.
Website: www.kbp.aero

Kiev has an extensive public transport system, including buses, trams, trolleys and a metro, which is still the fastest way to get around. Privately owned minibuses (known as marshrutkas) can be flagged down anywhere along their routes and will usually list their stops on their windows. Official taxis can be pre-booked by phone or hailed on the street; private, non-metered cars are also an option, though travellers should be sure to negotiate a price up front when choosing them. Uber and other ride-hailing services are available and it is well worth taking the funicular on the steep western bank for fantastic views.

Although the city has seen many highs and lows in its long history, Kiev's cultural attractions are a constant, guaranteed to occupy sightseeing travellers. A leafy capital city, filled with old domed buildings and evidence of new wealth, Kiev is still largely untapped as a tourist destination - by European standards - and promises some surprises, part old-school Russian and part 'New Ukrainian'.

Highlights in the city include St Cyril's Monastery, a tiny, 12th-century church with some incredible restored frescoes; the UNESCO-listed St Sophia Cathedral; the Great Patriotic War Museum and the Motherland Monument that looms above it; the National Chernobyl Museum, which details the tragic events of the nuclear accident that shook the country in 1986; the riverside Mariyinsky and Khreschatyk parks, perfect for a stroll or a jog; and the fascinating Kiev-Pechersk Lavra Monastery. On hot summer days, visitors will enjoy boating and other watersports and games at Kiev's popular Hydropark. 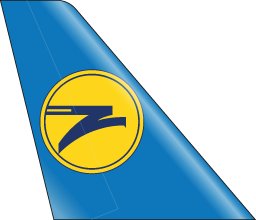