Tunisia's capital and largest city stretches along the coastal plains and surrounding hills of the Gulf of Tunis. Steeped in a rich and fascinating history, it is home to the famous ruins of Carthage, the ancient enemy of the Romans. The ruins are a UNESCO World Heritage Site and have witnessed the passage of the Phoenicians, Romans, Vandals, Byzantines, Turks, Spanish, and French over the last 3,000 years. History buffs should not miss the opportunity to visit them.

Other attractions in Tunis include the National Museum of Bardo, which tells the stories of Tunisia's history from the Phoenicians right through to modern-day times, and the old Medina. The Medina co-exists with the modern architecture of the new city (Ville Nouvelle) and is linked by labyrinths of alleys and covered passages, infused throughout by the magical aromas, vibrant colours, and sounds of bustling souks.

The modern city of Tunis is located just through the Sea Gate ( which has remained unchanged since it was erected in 1848. It is where the grand Avenue Habib Bourguiba, seen as the Champs-Elysees of Tunisia, crosses through the middle. Colonial architecture can be found here illustrating the history of this culturally diverse and historic city.

The spicy foods and flavours of local dishes may blow the socks off of some tourists though, to others, the fragrant heat of the fiery red chilli paste known as is an essential accompaniment to one's Tunis experience. Tunisian coffee, much like the Turkish variety, is world-renowned for its rich flavours and energising properties.

The largest mosque in Tunisia, the Zitouna Mosque dates back to the 8th century; the 160 columns of the mosque were brought from the ruins of Carthage. Set in the heart of Tunis, the mosque was improved upon almost continually until the 19th century, when the minaret was added. Zitouna (or Al-Zaytuna) was the centre of learning and intellectual pursuits in Tunisia, and is considered the first Islamic university. Visitors to the Zitouna Mosque must dress modestly, and non-Muslim guests may only enter the courtyard. The mosque is surrounded by bustling souks on three sides.

Tunis' largest parks, Belvedere Park covers 270 acres (110 ha) just north of the city. Known as the 'Lungs of Tunis' due to the scarcity of green spaces in the city, Belvedere Park has a number of family-friendly attractions to enjoy on fine days in Tunis. Children will love the Tunis Zoo, a pleasant facility with monkeys, bears, deer, peacocks, and elephants; while adults will marvel at the intricately decorated high domed ceilings of the Turkish Pavilion. Belvedere Park has an art gallery featuring local contemporary works near the entrance gate, and when the weather is hot visitors can cool off in the shade of trees overlooking Lake Tunis on Place Pasteur.

Carthage was the base of a powerful trading empire during the Phoenician and Punic periods, ruled by the infamous conqueror Hannibal. Destroyed by the Romans in the 2nd century BC, the site was redeveloped a century later and became a Roman capital. Located in an affluent suburb roughly nine miles (15km) north of Tunis, the remaining ruins of ancient Carthage were declared a UNESCO World Heritage Site in 1991. Visitors can buy a ticket for just a few dinars that allows access to up to 10 different archaeological sites, including the Antonin Baths, Amphitheatre, Water Cisterns, Basilica of Saint-Cyprien, Punic Tophet, and the Carthage Museum. Also on-site in the museum complex is the Acropolium (St Louis Cathedral), a stunning cathedral built in the late 19th century.

Approximately 50 miles (80km) east of Tunis lies Kerkouane, a former city of the Phoenician and Punic periods. The city was abandoned around the 3rd century BC, which meant it was largely ignored by the conquering Romans and is today the only remaining untouched Punic settlement. The city was declared a UNESCO World Heritage Site in the 1980s. The remains of Kerkouane and its famous necropolis are not large, and can be explored in about an hour. Visitors can look for the distinctive minimalist mosaics of the Punic god Tanit, and learn about the city's surprisingly modern town planning. A small museum housing interesting relics and artefacts gives further insight into the history of Kerkouane.

Tunis experiences a warm Mediterranean climate with two distinct seasons: a hot and dry period running from May to September and a cold and wet season from October to April. Winter is the coldest time of the year, with heavy rainfall and temperatures dropping to 43F (6C). Summer months experience an average of 10 hours of sunshine a day. The hottest months are from June through August, when average daytime temperatures can climb as high as 104F (40C), though thankfully the breeze off the Mediterranean Sea tends to alleviate the heat.

Location: The airport is situated about four miles (6km) from Tunis.
Time: Local time is GMT +1
Transfer Between Terminals: A shuttle bus links the terminals every 10 minutes.
Getting to the city: The airport is well served by public buses and taxis. The bus trip to the city centre takes about 30 minutes.
Car Rental: Car rental companies represented at the airport include Budget, Hertz, Avis, and Sixt.
Airport Taxis: Taxis are available at the airport and and should be metered. Passengers should insist the meter is turned on and can expect extra charges for luggage and travelling after 9pm.
Facilities: Facilities at the airport include a post office, bank, bureau de change, and ATM, as well as restaurants, cafeterias, bars, duty-free and gift shops, first aid, travel agents, and a tourist help desk.
Parking Short and long-term parking is available at the airport.
Website: www.tunis-airport.com/

Tunis is served by an extensive public transportation network made up of buses, a light rail system known as Tunis Metro, and a regional train service connecting the city centre to some of Tunis's northern suburbs. Buses in Tunis are operated by Societe Nationale de Transport Interurbain (SNTRI) and the city is well-covered with more than 200 routes. The Metro system is made up of several lines and covers a substantial part of Tunis and its neighbouring suburbs. Bus, train, and metro fares are relatively inexpensive, but do increase at night. Travellers who want to explore the city at a leisurely pace will find that much of Tunis is accessible on foot.

Taxis are easy to find in Tunis and are a comfortable and convenient way to get about. Travellers should always ensure that the driver turns the meter on, so that they do not get overcharged. Uber, Lyft, Ola and Didi operate in the city. While it is possible to rent a car in Tunis, drivers should be highly alert and drive defensively, as Tunisian drivers are notoriously erratic. For the most part, cars are not necessary for getting around the city. The road conditions are generally good but pot holes become a problem the further travellers get from the city centre.

Largely ignored by the package tourists who flock to the seaside resorts of Tunisia, the capital city of Tunis is a vibrant and fascinating metropolis that provides many attractions for holiday makers in Northern Africa. Tunisia is a unique blend of Eastern and Western culture, and nowhere is this more evident than in Tunis. The city is home to beautiful religious structures of several faiths, including the famous Zitouna Mosque and the Cathedral of St Vincent de Paul, as well as several historic city gates, such as the Bab el Bahr and Bab Saadoun, dating back to the 14th century.

Tunis also has several interesting museums, including the Bardo Museum, which has extensive collections of artefacts ranging from the prehistoric era to the Ottoman Period. The Early Christian Museum also has fascinating exhibits. Visitors will find that the souks and markets are wonderful places to pick up lovely souvenirs or simply do a bit of wandering, though the crowds and noise can be overwhelming. Tourists can take refuge in Belvedere Park, a large, leafy area set on Lake Tunis with museums, cafes, and a zoo. 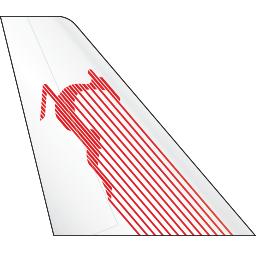