Hot, crowed and energetic, Taipei has grown from a swampy farming settlement into a modern metropolis in a blink. With a richness and depth of character seldom matched elsewhere, it offers travellers a unique sense of both the modern and the traditional.

Whether visitors are shooting through on business or holidaying, Taipei will not disappoint.

Taipei 101 is the city's financial centre and was once the world's tallest building. Designed to resemble a gigantic bamboo stalk, it is Taipei's major landmark, with observation decks on the 88th and 89h floors. The building's lift takes a thrilling 40 seconds to get from ground level to the 89-th floor, where a spectacular view of the action-packed city awaits visitors. Decent restaurants and some of Taipei's swankiest malls make up the lower levels. It's also worth noting that the building incorporates the number eight, considered lucky in Chinese culture, through the eight sections of the outside building.

Taipei's biggest and best night market is not just for shopping. Instead, it is a cultural experience that every visitor should enjoy. The action begins when the sun sets and thousands of stalls and stores open for business, selling everything from clothing to pets, souvenirs and DIY tools. It's wise to visit with an empty stomach, given the array of tempting treats on offer. Among many other things, visitors can try oyster omelettes, Shanghai-style fried buns, sticky tofu and Shilin big sausages.

Taipei's National Palace Museum houses an astonishing collection of Ancient Chinese artefacts and artwork. Representing over 5000 years of Chinese history, it is the largest and perhaps finest collection of Chinese art in the world. The collection was once displayed in Beijing's Forbidden City and was moved to Taipei as a result of the Chinese Civil War. Visitors can view world-famous exhibits such as the 'Jade Cabbage' (a piece of jade carved to resemble a cabbage head), and a valuable copy of the Qingming Scroll.

Longshan is one of the most popular temples in Taipei. Dedicated to the Buddhist Goddess of Mercy, Guanyin, it is an excellent example of the architecture commonly seen in Taiwan's older buildings. Chinese settlers built it in 1738 and its troubled history has seen it destroyed several times. To date, it has suffered damage by earthquakes, fires and even American bombers during World War II. Undaunted, Taipei residents have rebuilt it each time and it remains very much in use.

Taipei Zoo is home to hundreds of animals, including local Taiwanese species such as the flying fox, Formosan black bear and Chinese pangolin. Arranged into different habitat sections that contain their native species, the zoo lets visitors see African savannah wildlife, tropical rainforest creatures and more in context. Visitors should set aside at least three hours to take everything in. The zoo has shifted its focus away from being a living museum and is running several conservation projects that span cities, counties and countries.

Chiang Kai-shek Memorial Park is the pride of Taipei. Built in memory of the former Taiwanese President, the walled complex contains an impressive, pyramid-shaped monument to Chiang Kai-shek and is also home to the National Concert Hall and National Theatre. Everything stands inside a lovely park, which is fronted by a vast plaza where folk performances or other events often take place. The Memorial is the main venue for Taipei's famed Lantern Festival, Shangyuan, which draws thousands of lantern-carrying revellers to mark the Chinese New Year.

Taipei has a humid subtropical climate. Summers are warm, sunny and humid, with average daytime highs reaching 90°F (32°C). Winters are cool and mild, with temperatures of around 61°F (16°C). Due to Taipei's location, it is affected by the Pacific typhoon season, which occurs between June and October.

Location: The airport is situated about 24 miles (38km) southwest of Taipei city centre.
Time: Local time is GMT +8.
Transfer Between Terminals: The Skytrain provides free transport between Terminal 1 and Terminal 2, and a shuttle bus also connects the two terminals. There are regular buses to Taipei's other international airport, Songshan.
Getting to the city: Several bus companies provide services to Taipei and other destinations around Taiwan. The journey to Taipei takes about 55 minutes. Travellers can buy tickets at counters in the arrivals section, and the bus platforms are located outside the terminals. Buses depart from the airport roughly every 20 minutes. Metered taxis are available 24 hours a day, but are more expensive. Also, there's a shuttle bus to the high-speed rail service that connects travellers to various stations in the city. Travellers can find English-speaking assistance at a Visitor's Desk in the Arrivals hall.
Car Rental: Car rental service counters are located in the Arrivals lobby of both terminals.
Airport Taxis: Taxis from the airport to downtown Taipei are available all day and night, but fares vary substantially depending on traffic, distance and route. Taxis are metered.
Facilities: The airport's banks have bureaux de change and ATMs. Travellers will also find a post office, wifi, information desks, and a tourist-services desk. Both terminals have Asian and Western-food outlets, as well as bars and restaurants. There is ample duty-free shopping, with several boutiques stocking a wide range of goods. A business lounge offers VIP service, and there are good facilities for the disabled.
Parking Plentiful parking is available. It is free for the first half hour, thereafter rates start at TWD 30 for 60 minutes and TWD 20 per half hour thereafter. The daily rate is TWD 490.
Website: www.taoyuan-airport.com/main_en

The MRT covers most tourist spots and is generally the best option for transport. All MRT stations have ticket machines, with prices ranging from about TWD 20 to TWD 65, depending on the distance. Travellers can purchase day passes, while the rechargeable EasyCard is a good option for those spending more than a few days in the city.

The bus network is a bit confusing for foreigners and most get by without using it. Metered taxis are available, though drivers rarely understand English. Travellers should have destinations written down in Chinese if they plan on using taxis. Uber is also available.

The soaring Taipei 101 Tower is the capital's greatest engineering feat and one of its best-loved sights. It's also the city's international financial centre.

Another popular attraction is the National Palace Museum. Through its collection of ancient artefacts and artwork, it showcases some fascinating aspects of Chinese culture. For travellers interested in spirituality and religion, a visit to the Longshan Temple is a must.

As the sun goes down the night markets open up. They're usually packed with tourists and bargain-hunters who throng the alleyways in the heavy, humid night air. Taipei has many bars and nightclubs as well.

If the city becomes too stifling, visitors can relax at one of the spas in the northwest. They utilise the Beitou area's hot springs. Hikers can enjoy the Yangmingshan National Park. 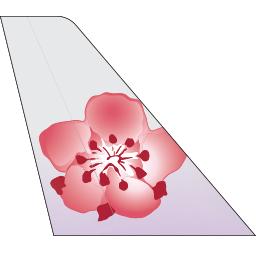