Belgrade has developed into a prominent European capital, its promising growth and optimism seeking to overshadow its turbulent past. The history of Belgrade goes back some 6,000 years, and is filled with tales of conflict and tragedy. But no matter the cost or devastation, the city has always bounced back and is in the midst of a cultural and creative revival.

Situated where the Sava and Danube rivers meet on the Balkan Peninsula, the beauty and charm of the city is not found in gorgeous buildings or sweeping parks. Instead, it beats with an identity layered with relics of many generations and the remaining customs of countless invaders. Decidedly Old World with a hint of the Orient, varying cultural influences and architectural styles jostle for attention in Belgrade, combining to imbue the modern city with its own unique aura.

The best place to begin understanding the city is at the site of its original ancient settlement, the hill called Kalemegdan, now a fascinating park-like complex of historic structures overlooking the Old Town (Stari Grad). Here, the Military Museum traces the history of the city's bloody past, from its first conflict with the Roman legions in the 1st century BC to its most recent conflagration, when NATO forces bombed the city for 78 straight days in 1999.

Those less fascinated by history and who would rather enjoy modern Belgrade will find myriad leisure and pleasure opportunities in the city. From the techno scene of its famed nightclubs to the restaurants and street performances of bohemian Skadarlija Street, visitors to Belgrade will feel welcomed by the warm and proud residents of this indomitable city.

Some of Belgrade's most popular attractions for visitors are concentrated on the rocky ridge of Kalemegdan, site of the original fortified city, which overlooks the confluence of the Sava and Danube rivers. The neighbourhood is now split into two beautiful parks, namely the Great and Little Park, and play host to Belgrade's ancient fortress, a zoo, art pavilion, observatory, planetarium, a Roman well and the Military Museum. Throughout the year, a range of sporting, cultural and arts events are held in Kalemegdan, and it's a popular attraction among Belgraders and visitors alike.

Address: Accessed from the Knez Mihailova and Uzun Mirkova

The Royal Palace in Belgrade has become a popular tourist attraction, boasting elegant salons, breathtaking artworks and magnificent décor. The palace was built between 1924 and 1929, and was designed by architects Zivojin Nikolic and Nikolay Krassnoff in the Serbian-Byzantine style. Beautiful gardens, pools and pavilions surround the palace, offering superb views of Kosutnjak Forest and Avala Mountain. Today, the Royal Palace is home to Crown Prince Alexander and the Karadordevic royal family, and is now open for public tours.

Dominating the skyline of Belgrade is the massive Temple of Saint Sava, one of the largest Orthodox churches in the world. This remarkable domed building, with its white marble and granite facade, is dedicated to the founder of the Serbian Orthodox Church. The Ottomans publicly burnt the relics of the medieval saint Sava on this site in 1595. Although construction began in 1935, the church remains incomplete, particularly the interior. Visitors are welcome to view the church, which is set in lovely gardens.

Skadarlija Street is Belgrade's equivalent of Montmartre, the famous bohemian neighbourhood in Paris, and is one of the most popular tourist spots in Belgrade. The pedestrianised precinct is lined with restaurants and pubs, with tables set on cobbled pavements, creating the perfect place to sample local specialities and take in the vibey atmosphere. Visitors flock here to enjoy a good beer and conversation; unearth some souvenirs, art and antiques; or simply soak up the traditional Serbian social scene.

A must for any history buff or art lover, the National Museum of Serbia in Belgrade houses a remarkable collection of more than 400,000 items. There's so much to see, from exquisite works by Old Masters and medieval and modern art, to ancient coins and architectural models. The artefacts are split into 34 archaeological, numismatic, artistic and historical collections to form a complete and fascinating picture of Serbian culture and history.

One of few surviving buildings from the first reign of Prince Miloš Obrenovic, the stately home of Princess Ljubica was built between 1829 and 1831 as a royal private residence. The building is a perfect example of the unique Balkan architectural style, incorporating some Baroque elements, while preserving an interior that showcases the luxurious lifestyle of Belgrade's wealthy in the 19th century. The residence of Princess Ljubica is an important icon of cultural heritage in the city, and is now part of the Belgrade City Museum.

Belgrade experiences a mixed climate, largely a humid subtropical climate with four distinct seasons. Spring (April to May) is short and wet, giving way to warm summers (June to August). Summer is arguably the most pleasant time of year, as peak temperatures reach 81°F (27°C), while daytime lows seldom drop below 68°F (20°C). Autumn (September to November) can have some very warm spells, but brings with it periods of dry, windy weather when the 'košava' wind blows. Temperatures often drop below 30°F (-1°C) in winter (December to February) and snow is a regular occurrence. The wettest months in Belgrade are May and June.

Location: The airport is located about 11 miles (18km) from Belgrade.
Time: GMT +1 (GMT +2 from the last Sunday in March to the last Sunday in October).
Transfer Between Terminals: The terminals are connected by a hallway.
Getting to the city: Travel time into the city centre is about 30 to 40 minutes by bus or taxi. A minibus line runs to the city, and costs RSD 300. Tickets are sold on the minibus. The PTC Belgrade Line 72 costs RSD 89 when the ticket is bought at a kiosk. Taxis are freely available at the airport.
Car Rental: Numerous local and international car rental agencies are represented at the airport, including Avis, Budget, Hertz, Sixt, and Thrifty.
Airport Taxis: Taxis are freely available at the airport. Airport taxi fares are regulated according to city zones, and the fare to the city centre is generally about RSD 1,400 for the 20 minute drive. Passengers are advised against using these taxis for areas outside of Belgrade as charges are unreasonably high. Travellers should also be wary of unlicensed drivers and touts who routinely overcharge tourists.
Facilities: The airport features a bank and several bureaux de change, ATMs, and a business lounge. There are two restaurants, as well as cafes and snack bars. Several shops are available in the main hall and duty-free goods can be purchased beyond the passport control point. Several tourist information agencies have desks in the arrivals area, and the airport has excellent medical facilities.
Parking The airport has covered and outdoor parking lots.
Website: www.beg.aero

Having a car in busy Belgrade is often more of a liability than an asset as the traffic is chaotic and parking is limited. The best way to get around the city is on public transport, which consists of buses, trams and trolley buses. It is wise to avoid rush hour. Tickets for all types of transportation can be bought from kiosks in the streets. Taxis are cheap and safe, and can be hailed in the street. Ensure that you pick a licensed taxi; these can be identified by the small blue sign featuring the city's coat of arms and a number.

Serbia's capital city is a gritty and vibrant hub of hedonism and history. From the ancient Kalemegdan Citadel and Byzantine churches to the Soviet-era (housing blocks) and art nouveau architecture, Belgrade tells many stories and offers plenty of unique experiences.

Marvel at the Roman ruins, art galleries, or the magnificent Temple of Saint Sava, one of the largest Orthodox churches in the world. Delve deeper into Serbian heritage at the National Museum, and gain some insight into the lives of Serbian royalty with tours of the Residence of Princess Ljubica and the Royal Palace.

There's something for everyone to enjoy at the Kalemegdan, whether it's the ancient fortress, Military Museum, and art pavilion for the culture vultures and history buffs, or the parks, planetarium, and zoo, which will delight the kids.

Visitors can wander the Old Town, admiring the architecture and historical sites, and stroll along the pedestrianised shopping promenade Knez Mihailova. The vibrant nightlife of the capital city is notorious, with endless dancing, live music, and even floating nightclubs.

Skadarlija Street is the bohemian heart of Belgrade, boasting bars, cafés, and restaurants that spill out onto the pavements on balmy evenings. In summer, visitors can join the locals with picnics, water-skiing and sunbathing on the beaches of Ada Ciganlija, an artificial island in the Sava. 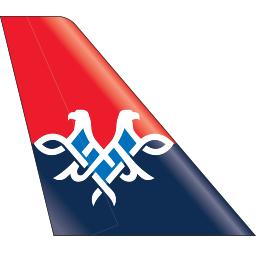