Find out more Keep up to Date
Important information (2 Notifications)

No rail services to Heathrow - 4 & 5 December

Due to engineering works at Heathrow, there will be no mainline rail services to or from Heathrow Airport on 4 & 5 December.

Plan your journey Keep up to Date

The safety of both passengers and colleagues has always been Heathrow’s number one priority. The airport has several COVID-secure measures in place to make sure everyone has a safe journey including:

Due to the emergence of a new Coronavirus variant, the UK Government have advised that fully vaccinated passengers arriving into England must:

- Take a PCR test no later than 2 days after their arrival.

- Self isolate until they receive their result.

- If a passenger tests positive, they must isolate for 10 days.

- If a passenger tests negative, they can leave self isolation.

Passengers arriving from a country on the red list must book a managed quarantine hotel.

Passengers who are not fully vaccinated must continue to follow separate guidance.

As countries may change their entry requirements, we advise customers to check the UK Government website for up to date information.

As the capital of Poland, Warsaw was one of the most beautiful and sophisticated cities in central Europe until it was almost destroyed during the Nazi occupation of World War II. The end of the war saw most of the city reduced to ruins, and large swathes of the population killed or interred in concentration camps. Following this, the buildings in the heart of the old city were meticulously restored during its major rejuvenation project.

Warsaw is divided into two distinct halves by the Vistula River, with the Old Town, the modern city centre, and most of the tourist attractions on the western side. The eastern side of the river comprises mostly uninteresting residential suburbs and business districts.

Today, Warsaw presents a modern urban landscape of high-rise buildings, and the years of communist rule have left an uninspiring architectural legacy of drab concrete structures and uniform prefab-style housing.

Although many people give scant regard to Warsaw as an appealing tourist destination, it is still Poland's largest city and the political, economic, scientific, and cultural hub of the country. It has many museums and historical monuments, galleries, and historic attractions, a variety of restaurants and open-air cafes, and an energetic nightlife.

With green open spaces and classical music concerts, this modern, bustling city is a far cry from the severe communist-era images of post-war Warsaw, which still dominate the global imagination. Visitors to Warsaw will find a resilient and captivating city with lots to offer.

The Old Town is an historic focal point, rebuilt in original 17th and 18th-century style following the war. The picturesque Old Market Square (Rynek) is at the centre, surrounded by restored buildings and colourful three-storey merchant houses with Baroque and Renaissance facades, lively open-air restaurants, art stalls, and the Historical Museum of Warsaw. Buskers, painters, and musicians provide entertainment, while cobbled streets and alleyways contain beautiful Gothic churches and palaces. The impressive Royal Castle was once the home of the Polish Kings while ramparts and watchtowers dot the medieval walls surrounding the old city.

The Museum of Warsaw is one of the best of the city's impressive array of museums. Its three storeys are crammed with fascinating exhibitions, covering every aspect of Warsaw's history and life from the city's establishment to the present day. It occupies almost an entire side of a square in Old Town, housed in quaint historical buildings and boasting 52 rooms with permanent exhibitions, four with temporary exhibitions, a cinema, a library, and a reading room. A special feature is a documentary film showing the destruction and reconstruction of the city, with footage shot by the Nazis during their calculated and systematic annihilation of Warsaw, and footage of the careful rebuilding after the war. The film is shown in English at 10am and 12pm from Tuesday to Friday, and at 12pm and 2pm on Saturday and Sunday.

Known as the Royal Way, this two-and-a-half mile (4km) route stretches from the Royal Castle in the Old Town to the stately King's Palace at Wilanów on the outskirts of the city. It bisects the central city from north to south, and is lined with galleries, museums, and historical buildings St Anne's Church. Along the way are the royal gardens of Park Lazienki with its lakes, peacocks, and charming 18th-century Lazienki Palace, which was the royal summer residence. A monument of the famous Polish composter Frederic Chopin stands in the park, with summer concerts held on the lawns. The Royal Way ends at the splendid Wilanów Palace which was modelled on Versailles, containing a museum and an art gallery called the Orangery.

The Galeria Grafiki i Plakatu (Polish Poster Gallery) is located in the old town district of Warsaw, housing the finest collection of graphic art and posters in Eastern Europe. Established in 1975, it now exhibits over 5,000 pieces of art, many displaying facets of Polish culture. Visitors will see theatre, music, and cinema posters, as well as Polish Solidarity political posters. The gallery also displays some iconic American, British, French, and German posters, and tourists may be excited to see classics like West Side Story, Moby Dick, and Dirty Dancing. Thankfully, the museum has a great selection of prints for sale.

Bialowieza National Park is a heavily protected UNESCO World Heritage site. It guards the last remnants of the primeval forest that used to cover most of Europe at the time of the last ice age. The park is the last place on earth that tourists can see European bison, huge beasts that once roamed across the continent, living undisturbed in their natural habitats. An ecotourism destination of international repute, the nearby town of Bialowieza has launched numerous luxury spas and elite lodgings. Bialowieza National Park is a short train ride from Warsaw (two and a half hours) making it possible to visit the park on a daytrip, but it is best to spend at least one night in the area if possible.

July is the wettest month, although rain does fall sporadically throughout the year; generally rainfall is heaviest in summer, with winter receiving the least rain. Spring (March, April, May) and autumn (September, October, November) are both lovely seasons with pleasant, mild temperatures and plenty of sun, although autumn can be misty.

Warsaw has a long tourist season and the city is lovely to visit any time between April and October. The peak tourist season is summer, especially July and August; however, the city can become unpleasantly crowded. Those who don't mind the cold and snow will find that Warsaw is a great winter destination.

Location: The airport is situated six miles (10km) southwest of Warsaw.
Time: Local time is GMT +1 (GMT +2 from last Sunday in March to last Sunday in October).
Transfer Between Terminals: Terminals are within walking distance of each other.
Getting to the city: Municipal buses 175, 148, 188 and 331 operate daily from 4.35am to around 11pm ferrying commuters to Warsaw city centre and the right riverbank. Some hotels provide a shuttle bus service to and from the hotel on request.
Car Rental: Avis, Hertz, Budget and Europcar operate from the airport. They are located at the Terminal A arrivals hall.
Airport Taxis: A taxi stand is located in front of the arrivals hall.
Facilities: There are shops, bars and restaurants at the airport. Other facilities include banks, bureaux de change, ATMs, a post office, and tourist information and hotel reservations kiosks.
Parking Short-stay parking at the Kiss&Fly Zone is free for the first 7 minutes, and then PLN 30 for the next fifteen minutes with a charge of PLN 1 per minute extra. The multi-level car park P1 and P2 has long-stay parking options at a fee of PLN 250 for six to ten days or PLN 300 for eleven to fifteen days.
Website: www.lotnisko-chopina.pl

Every summer, music lovers from around the world flock to Warsaw to attend the highlight of the city's music season, the Warsaw Chamber Opera's Mozart Festival. Presentations of the stage works of Wolfgang Amadeus Mozart include some of his most popular operas, including and among many others.

The programme is typically comprised of about 40 shows and concerts: in fact, at its inception the festival was the only one in Europe to showcase Mozart's entire output for the stage, and the programme still includes all the composer's operas as well as selected oratorial works, symphonies, instrumental concertos and chamber works. The performances take place in the most prestigious and beautiful venues the city has to offer, including the Royal Castle, Royal Theatre, Wilanow Palace Museum, Warsaw Chamber Opera Theatre, Church of the Holy Cross, and the Seminary Church.

The Mozart Festival has been held for more than 20 years and is one of the most popular and famous events in Warsaw, conveniently scheduled for the summer, which is the peak tourist season in Poland. There are a variety of ticket options and fanatics can buy special passes which come with a range of benefits. For more information check out the official website listed below.

Buses and trams ply the streets from 5am to 11pm each day and are the cheapest way to get around. Tickets are valid for all modes of public transport and must be bought in advance. The metro trains run frequently between the southern suburbs and the city centre and are the fastest way of getting around Warsaw.

Metered taxis can be hailed on the streets or ordered by telephone from a number of different companies; it is best to agree on a price before getting in. Taxis ordered by phone are usually a lot cheaper. Hiring a car is unnecessary except for excursions out of the city. The historic Old Town is best explored on foot and a lovely way to get around the city is provided by the rental bike system.

Warsaw may not have the obvious aesthetic appeal of Krakow, but the city has many hidden historic gems and a meticulously rebuilt Old Town which stands as tribute to the resilience and determination of its population.

Many of Warsaw's historic sightseeing attractions are clustered in and around Old Town (Starego Miasta), with Market Square at its heart. This part of the city, famously rebuilt after the devastation of World War II, is a warren of cobblestone streets and alleys towered over by Gothic and Baroque buildings and palaces, and colourful tiered homes.

The city's best museums can be found in this area, which is best explored on foot. A great way to take in some of Warsaw's best historic sites is to tour the Royal Way, the route stretching from the Royal Castle in Old Town to the King's Palace at Wilanow, which is lined with museums, palaces, and historic buildings, including St Anne's Church.

The graveyards of the city also allow a step back in time: the Jewish Cemetery (Cmentarz Zydowski) is romantically overgrown in summer and spookily snow-covered in winter, and is a moving and picturesque site to explore; and the famous Powazki Cemetery is home to some remarkable sculptures and grave markers.

For some outdoor fun go strolling, paddling, and picnicking in the lovely Lazienki Park, the most popular of Warsaw's green lungs. There is a monument to Chopin in the park, which is frequently a venue for outdoor concerts. For those travelling to Warsaw with kids, the Copernicus Science Centre is a great rainy-day attraction. 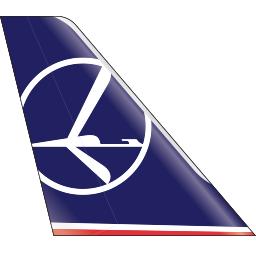