Just looking at the city, there's no need to guess where the port-city of Casablanca, meaning 'white house' in Spanish, got its name. Made famous by the classic film, starring Humphrey Bogart, this cosmopolitan, white-walled city is Morocco's largest and most modern. Casablanca is not oriented towards tourists as much as Morocco's other large cities, but under the hustle and bustle lies a unique and charismatic history waiting to be discovered.

Founded by Berber fisherman over two thousand years ago, Casablanca was used by both the Phoenicians and the Romans as a port. The Portuguese then took over but after destroying the city and rebuilding it, they abandoned it in the aftermath of an earthquake. The city went on to be rebuilt as Daru l-Badya (Arabic for Casablanca) by a Moroccan sultan, and was then given the name Casablanca by the Spanish traders who used the port, and it retains this function today as one of Africa's largest and most important ports.

As a centre for trade and, consequently, the mixing of cultures, Casablanca is unlike any other Moroccan city. Many women ditch the conservative clothing and dress themselves in the latest designer outfits. The infrastructure is modern and the city sophisticated. Casablanca is where Morocco's youth move to make something of their lives and is the centre for international trade and big business. For a glimpse of its history, downtown is the perfect place to admire the blend of French colonial architecture and traditional Moroccan design.

Designed by French architect, Michel Pinseau, the King Hassan II Mosque is one of the largest mosques in the world and the largest in Morocco. It is affectionately nicknamed the 'Casablanca Hajj'. Perched on the edge of the city of Casablanca, this picturesque structure looks out over the Atlantic Ocean and features one of the world's tallest minarets, towering at 689 feet (210m). The minaret is 60 storeys high and is topped by a laser that points towards Mecca. Almost half of the massive mosque lies over the Atlantic, and the water can be seen through a gigantic glass floor. This feature was inspired by a verse in the Qur'an: 'the throne of God was built on water'.

The Shrine of Sidi Abderrahman

Located past the ocean-side neighbourhood of the Corniche, the Shrine of Sidi Abderrahman is built on a rock out at sea and is only accessible at low tide. Non-Muslims are not allowed to enter the shrine, but travellers wishing to explore the tiny neighbourhood around it are permitted to do so. Most visitors just opt to admire it from a distance, catching a glimpse of the shrine and its breathtaking white walls while walking along the beach. Traditionally, people visit this shrine to heal mental illness and it is one of Morocco's most famous coastal shrines.

Designed by a Spanish architect, the Casablanca Twin Centre features two skyscrapers that are 28-storeys tall and tower above the city at 377 feet (115m). Known as La Grande Casa, the buildings house offices, businesses, a five-storey shopping mall and a luxury, five-star hotel. The towers are the tallest buildings in the city and are situated in the Maarif district, at the intersection between Zerktouni Boulevard and Al Massira Al Khadra Boulevard. The two towers, named the East Tower and the West Tower, are joined at the lower levels by a large complex that contains the bulk of the shopping centre.

Casablanca is regulated by a mild, Mediterranean climate, with cool Atlantic currents that are primarily responsible for the moderate weather. Summers (between July and September) are warm and dry, while winters (between November and February) are mild and rainy.

Casablanca is a year-round travel destination, but the best time to visit the city is between March and October. July and August are the most popular months to travel there, but spring and autumn are also pleasant seasons and a good option for those wanting to avoid crowds. Travellers to Casablanca, no matter what season, are advised to pack lightweight clothing for when the sun is shining, and at least one solid windbreaker to repel cold sea breezes.

Location: The airport is situated 21 miles (34km) south of Casablanca's centre.
Time: GMT 0 (GMT +1 during daylight savings)
Transfer Between Terminals: The terminals are connected by a free shuttle.
Getting to the city: Trains leave the airport for Casa-Voyageurs station roughly every hour between about 3am and 10pm; the trip takes approximately 45 minutes. Most hotels will arrange airport transfers, either complimentary or for a fee. Taxis and rental cars are also available.
Car Rental: There are numerous car hire companies represented at the airport including Avis, Budget, and Hertz.
Airport Taxis: Taxis are available outside the airport terminal, operating 24 hours per day. The base rate for a journey to Casablanca is about MAD 250.
Facilities: The airport has shops, restaurants and bars, ATMs and currency exchange services, and a post office. There are tourist information desks, VIP Lounges, a business centre, and disabled facilities, although it is recommended that those with special needs contact their airline in advance.
Parking Short and long-term parking is available at the airport for a fee.
Website: www.casablanca-airport.com/

Casablanca is a large and chaotic city and first-time visitors may find getting around a daunting prospect. Registered taxis can be easily hailed from just about anywhere in the city and are easily identified by their red colour. There are also bigger, white taxis available. Both kinds are usually shared and the drivers may wait till the vehicle is full before setting off, or stop en route to pick up more passengers. The white taxis can also be hired by the hour or day and many travellers choose to do this. Travellers should keep in mind that a large surcharge goes into effect later into the evening, making taxi fares much higher at night. The Roby Taxi app is available as well.

Casablanca does have a bus system, though it is often confusing for visitors as there are many companies operating on different routes, at varying prices, and on unreliable schedules. Rental car agencies can be found throughout the city, but those opting to drive themselves should be cautious due to chaotic driving conditions and high accident rates. Visitors might choose to forego the buses and car hire in favour of the trams, which cover most of Casablanca and are new and efficient.

Despite the apparent chaos, many of the main sights and attractions of Casablanca are situated close together and can be explored on foot. When travelling by means of public transport and when walking, travellers should not display wealth and should try not to draw attention to themselves.

Casablanca may not be as attractive to tourists as the charismatic Marrakech or the capital, Rabat, but there are still sightseeing opportunities for travellers passing through and a day or two in Casablanca won't go unrewarded. Furthermore, it is possible to do a day-trip to Casablanca from a number of Morocco's more prominent tourist destinations, thanks to the country's modern rail network.

The main landmark is the enormous King Hassan II Mosque, perched over the ocean. This is one of the largest mosques in the world and, unusually, is open to non-Muslims. The Shrine of Sidi Abderrahman, built on a rock out at sea and only accessible at low tide, is also a fascinating site, but regrettably non-Muslims cannot enter; however, it is still worth exploring the little village that has grown around the shrine.

Although not quite as majestic as the medinas of Fez or Marrakech, the ancient walled part of Casablanca is still definitely worth a visit. This part of town predates the French protectorate and has undergone work to restore the bastion and clock tower to their former glory.

For a taste of modern Morocco, visitors can enjoy the restaurants, shops, and views of the Casablanca Twin Centre, the tallest buildings in the country. Good museums in Casablanca include the Musee Abderrahman Slaoui, which has a wonderful art collection, and the Museum of Moroccan Judaism, which offers some useful insight into Jewish history in North Africa. 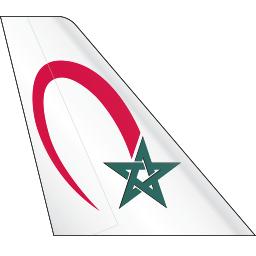