Located in the dry steppes north of central Kazakhstan, Astana is an emerging Eurasian economic centre, blending cultural traditions of the East and West. A pet project of President Nursultan Nazarbayev, the city is designed to represent the bright future of 21st-century Kazakhstan.

Astana is a political, business, and cultural hub of Kazakhstan; its population has more than doubled in the last two decades as young professionals flock to the city. Its position between China, Russia, Europe and the Middle East gives it strategic advantage, as well as its proximity to oil and gas reserves.

Astana has a memorable skyline peppered with oddly-shaped futuristic buildings that have sprung up in the last 15 years, since it was named the capital of Kazakhstan. The city's distinctive architecture is part of an ongoing project to remove old Soviet-era buildings, and includes the tree-like Bayterek Tower, the wave-like Kazakhstan Central Concert Hall, and the pyramid-shaped Palace of Peace and Recognition. Another unforgettable structure is the Khan Shatyr Entertainment Center, a 492 foot (150m) tent housing a shopping and entertainment centre the size of ten football stadiums. The city is neatly bisected by the Ishim River, with the older boroughs to the north and the flashy new developments to the south.

Aside from its visually-arresting architecture, Astana offers a number of interesting attractions for sightseers, including a number of cultural museums, churches and mosques, and an oceanarium. The city is a green oasis in the steppes, with some pretty parks and gardens as well as the Korgalzhyn State Nature Reserve. Modern sports facilities and some excellent theatres provide great opportunities to enjoy Kazakh culture. 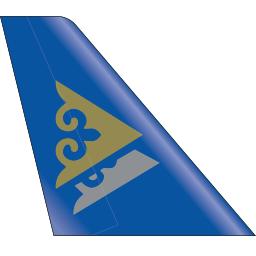