Situated among the rolling hills of Germany's premiere wine-growing region, Stuttgart is the capital of the state of Baden-Wurttemberg in southwestern Germany. Dotted with beautiful buildings, impressive parks and fantastic art museums, this modern city is a good touristic stopover thanks to its undulating wine estates, annual beer festival, mineral spa culture and acclaimed ballet, opera and philharmonic companies.

Charming old world quarters such as the Bohnenviertel (Bean District), with its sidewalk cafes and cobbled streets, meet the modern pedestrianised precincts of contemporary Stuttgart, such as Königstraße, one of the longest shopping streets in Germany. A big city with a small-town atmosphere, visitors will find the bustling Art Nouveau Market Hall, especially, transports them to simpler times, where organic fruit and vegetables, aromatic cheeses and fresh fish from the North Sea are sold in abundance. Another must for any visitor to this city is a trip to one of Stuttgart's reputed mineral baths, be it the modern and luxurious Mineralbad Cannstatt or the Mineral Bath Berg, which exudes a wistful fifties charm.

Travellers can indulge in gorgeous city views stretching as far as the Black Forest from atop the Fernsehturm, a 712ft (217m) tower with an observation deck and restaurant at its pinnacle. Or head to Schlossplatz, a famous landmark and meeting place for locals and visitors, its green lawns littered with younger crowds soaking up the summer sunshine. Alternatively, there's sanctuary in the dappled shade of the Green U park, a five mile (8km) natural haven in the city centre.

Stuttgart has a reputation as the cradle of motor vehicles. Both the motorbike and automobile were invented in Stuttgart and one of its most famous attractions is the enormous Mercedes-Benz Museum, with scores of immaculate vehicles on permanent display, including their new luxury models, racing cars and reputable antiques. The Porsche Museum is also just a short trip away.

The Palace Square is the symbolic heart of Stuttgart, set against the backdrop of the beautiful Baroque New Palace. Once the residence of kings, it was built between 1746 and 1806 and is now a base for the state government. If the New Palace feels a bit French it's because the Duke Carl Eugen of Wurttemberg wanted to create a Versailles in Stuttgart. The striking König Wilhelm Jubilee Column was erected in 1841 to honour King Wilhelm's silver jubilee, while the statue of Concordia, the Roman goddess of harmony, was added in 1863. The two fountains were built at the same time, with the eight cherubs each representing one of Wurttemberg's rivers. It's possible to catch the hop-on hop-off tour bus from the square, which is a popular starting point for explorations of the city.

Built between 1838 and 1843 under King Wilhelm I of Wuerttemberg, the Old State Gallery in Stuttgart features a prestigious range of paintings, drawings, sculptures and prints from the 14th to the 19th centuries, with Ratgeb, Canaletto, Memling and Rembrandt taking centre stage. On the same floor is the New State Gallery, dedicated to the art of the 20th century. Looking at important schools within various art movements such as Fauvism, German Expressionism, Die Brucke and Cubism, the New State Gallery includes works by masters such as Picasso, Beckmann, Beuys, Kiefer and Klee.

Centrally located, Kunstmuseum Stuttgart is a work of art in itself. Its modern cuboid design transforms from a glass hexahedron during the day to reveal a colourful skeletal interior when lit up at night. Opened in 2005, the Kunstmuseum Stuttgart is renowned for its prestigious collection of work by Otto Dix, the famous German artist remembered for his ruthless depictions of Weimar society and brutality of war. The colourful and abstract art of Willi Baumeister and the mixed media work of contemporary artist Dieter Roth are also on display, along with ever-changing international exhibitions.

The impressive Mercedes-Benz Museum is housed in a slick, contemporary building, an icon of modern architecture. With an exhibition space filling seven storeys, it takes visitors on a chronological journey through the history of the Mercedes automobile; combining world events occurring at the same time as Karl Benz's breakthroughs and displaying more than 160 different vehicles, from racers and concept cars to aircraft engines and the popemobile. Automobile aficionados will be in heaven but even non-petrolheads will be intrigued. Visitors take the elevator to the top of the building and then wind their way down chronologically on a spiral until they reach the ground and the present day.

Initially a 19th-century Moorish garden for King Wilhelm I, the beauty of the Wilhelma Zoological and Botanical Garden never fails to leave a lasting impression. It has a concerted dedication to conservation and teaching, supporting initiatives to reintroduce animals back into the wild and holding regular educational tours to inform and enthuse. There are countless exotic plants, a range of biospheres in magnificent greenhouses and an aquarium, all interspersed with lovely historic buildings. The zoo takes care of some 8,000 animals, including crocodiles, apes, polar bears and even elephants, all living among 5,000 different plant species. It survives as Europe's only combined zoological and botanical garden.

Sitting on one of the largest mineral water reserves in Europe, the Mineral Baths of Stuttgart have been luring residents with its liquid vitality for more than two millennia. Relaxing in a hot, steamy mineral bath is a good way to spend some downtime, and the water is thought to help with skin ailments, respiratory issues and heart problems. Das Leuze, Mineralbad Cannstatt and Mineral Bath Berg all feature hot and cold mineral baths, saunas, hot tubs and swimming pools. Das Leuze is geared toward families with its playground, children's pool and bright colours, while Mineralbad Cannstatt caters more for adults looking for a haven of tranquillity. Mineral Bath Berg is a 1950s gem, its iron-rich waters recognised by the state as a heilbad for its medicinal properties.

The Porsche Museum in Stuttgart covers more than 75 years of Porsche engineering and memorabilia. Extremely popular with petrolheads, it also interests those not obsessed with cars as there's loads of entertaining and informative exhibits and designs. The Porsche Museum, which has become a city landmark, displays all the historical and contemporary knowledge about the Porsche brand as well as housing a collection of about 80 cars as well as a number of smaller exhibits. They also put up regular special exhibitions and you can check for details on these temporary treats on their website.

Stuttgart has an oceanic climate, with huge temperature swings from summer to winter. Summers are warm, with an average temperature of 68°F (20°C), although it can reach as high as 95°F (35°C) in July and August. Winters are long, lasting from December to March, with the coldest months (December and January) averaging temperatures around 32°F (0°C). Rainfall is spread evenly throughout the year, with an average of 9 to 10 rainy days per month. Summer is considered the best time to visit Stuttgart due to the long, sunny days. However, the heat and crowds at summer's peak mean many choose to visit in the early autumn (September and October).

Location: The airport is located eight miles (13km) south of Stuttgart city centre.
Time: GMT +1 (GMT +2 between the last Sunday in March and the last Sunday in October).
Transfer Between Terminals: All the terminals are within easy walking distance of one another.
Getting to the city: The airport is connected to central Stuttgart by S-Bahn lines S2 and S3. In addition to the train service, there are several direct bus links to destinations in and around Stuttgart, as well as a 24-hour taxi service.
Car Rental: Car hire companies include Avis, Europcar, Hertz and Sixt.
Airport Taxis: Taxis are available outside the terminals and the trip to central Stuttgart takes about 30 minutes.
Facilities: Facilities at the airport include banks, ATMs and bureaux de change. There are restaurants, bars and fast food outlets, a variety of shops including duty-free, and wifi access.
Parking There are short and long-term parking options available at Stuttgart Airport and parking can be reserved in advance.
Website: www.flughafen-stuttgart.de

Most attractions and places of interest in Stuttgart are in the inner city, making getting around on foot easy. Hiring a car isn't recommended as the public transport system is reliable, the U-Bahn and the S-Bahn trains proving good for getting to the suburbs. Passengers can use tickets across the range of transportation modes including buses, trains and trams.

For tourists, all day tickets are more cost effective. If staying longer, the special three-day ticket is a good alternative. Taxis can be expensive but if sharing or looking for transport late at night, they are a more convenient option, as are the numerous ride-sharing apps. Bicycles are also hired out in some areas and as Stuttgart has some lovely open areas and parks, cycling can be a fun and convenient way of getting around.

With good restaurants, superb local wineries and a hearty dose of culture, along with beer festivals, art galleries and a host of beautiful parks, Stuttgart has all the elements of a big city. The variety of things to see and do in Stuttgart will impress visitors from all walks of life. Families are swept up in the open spaces and thoroughly entertained at the planetarium and Wilhelma Zoo, while the city's mineral-rich pools, saunas, hot tubs and spas lure those in search of health, relaxation and rejuvenation. Car enthusiasts are predictably enamoured with their lot, as the Porsche and Mercedes-Benz museums never cease to enthral.

Other attractions in Stuttgart include its impressive art galleries: the Kunstmuseum Stuttgart is housed in a building which is considered a work of modern art in itself, while the Old and New State Gallery owns masterpieces dating from the 14th to the 19th centuries. The Palace Square (Schlossplatz) is a must for visitors as it's the symbolic heart of the city and a popular meeting spot adjoining the remarkable New Palace, a baroque fortress built between 1748 and 1806.

Stuttgart can get swelteringly hot in summer and bitterly cold in winter, so the best time to visit is in the shoulder seasons. At the end of August and during the month of September, visitors can join the fun at the Wine Village Festival and taste more than 200 different wines, or enjoy music and merrymaking at the Cannstatt Beer Festival, the second largest beer festival after Munich's Oktoberfest. The city shimmers in springtime, as do the parks and surrounding vineyards, which host a plethora of different festivals. 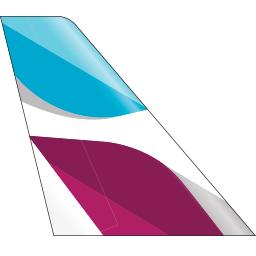