From 1st October 2021, most EU, EEA and Swiss nationals will need to use a valid passport to travel to the UK. ID cards will no longer be accepted as a valid travel document to enter the UK, though some exemptions will apply.

Wuhan is a bustling city and the capital of Hubei Province. Given its location in central China, it's relied on as one of the country's main transport hubs. Visitors can expect a good mix of ancient history and big-city energy.

The city garnered infamy recently for being the epicentre of the deadly Covid-19 pandemic that wreaked havoc the world over in 2020.

Wuhan stretches over the confluence of the Han and Yangtze Rivers. Historically comprising three cities (Wuchang, Hankou, and Hanyang), its story goes back more than 3,000 years. Today, its cultural sites are the legacy of its long life.

Built in the Qing Dynasty, Guiyuan Temple is an architectural masterpiece holding many artefacts, including sculptures, ancient records and Buddhist scripture. As one of the Four Great Towers of China, the Yellow Crane Tower on Snake Hill is another must-see, having survived numerous dynasties and containing a colourful mosaic spanning two of its five storeys. Visitors should also spend time at the Hubei Provincial Museum, home to relics such as the ancient and mysteriously-sharp Sword of Goujian.

Found on the shores of Donghu Lake, Wuhan University's beautiful campus grounds feature a pleasing mixture of Chinese and Western architecture. The institution is particularly lovely in March, when plum, peach and cherry blossoms burst into life.

Apartments are the city's most-common residential setup. This has led to the creation of numerous public outdoor spaces, where visitors can enjoy a picnic or some exercise amid stunning water features and charming pavilions. Visitors can also relax at the astounding floral wonderland of the Wuhan Botanical Garden, with East Lake the largest and perhaps most popular of its magnificent settings.

Before heading out to these gorgeous outdoor spaces, visitors may want to visit Hubu Lane and explore delightful Wuhan cuisine. The area has a long history and is mostly known for various kinds of local breakfast.

Like many cities in China, Wuhan boasts a lovely combination of the old and the new, mixed with green spaces and a legacy spanning centuries.

Location: The airport is located 16 miles (26km) from Wuhan city centre.
Time: GMT +8
Transfer Between Terminals: A free shuttle bus connects the two terminals.
Getting to the city: Airport shuttle buses and metro rail lines take visitors to the city centre. Long-distance buses service other cities, and connect to the Wuhan Railway Station. Taxis are also available at the airport.
Airport Taxis: Taxis are available at the airport. Visitors should insist the meter is turned on and have their desired destination written down in Chinese or indicated on a map.
Facilities: Airport facilities include shops (including duty-free), restaurants, business services, banks, foreign exchange services, and medical services.
Parking Parking is available in front of the airport.
Website: www.whairport.com 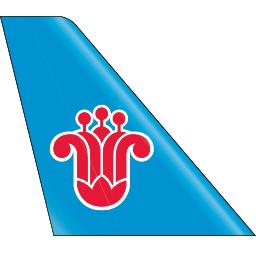