Shenzhen is a modern metropolis on the Pearl River Delta, and links Hong Kong to mainland China. Home to the Shenzhen Stock Exchange and a number of home-grown multinational companies, it's one of southern China's most prominent financial centres, but its popularity as a holiday spot is seemingly also on the rise.

Once nothing more than a small Chinese market town on the Kowloon-Canton railway route, things began to change dramatically in 1980, when the Chinese government designated Shenzhen the country's first Special Economic Zone. While Shenzhen's cityscape of soaring skyscrapers and bright lights can be overwhelming, visitors shouldn't overlook its historic prominence and critical role in major national events, such as the Ming Dynasty's final stand and the Opium War.

Dapeng Fort was a prominent defence for the Pearl River during the Opium War and is now a well-preserved relic from the Ming Dynasty. A visit to the Ancient City of Xin'an (Nantou) provides wonderful insight into life during the Ming era.

Shenzhen is one of China's greenest cities, and Fairy Lake Botanical Gardens is testament to this. Encompassing part of Wutong Mountain, these gardens feature miles of rolling foothills, sweeping valleys and flowing rivers. While Hon Fa Temple is the major drawcard for local pilgrims, visitors will also find peace sitting at one of the teahouses dotted around the garden's lakes.

As Shenzhen is home to over 50 Chinese minorities, visitors will find a good mix of regional cuisines for every budget: from hole-in-the-wall eateries popular with local workers to opulent fine-dining restaurants frequented by wealthy businessmen and politicians.

Indeed, Shenzhen has something for everyone, be it those chasing the intense rush of a modern urban centre to visitors intent on discovering the vast historical importance of this treasured Chinese city lovingly accommodating a focus on green design and eastern garden charm.

Location: The airport is located 20 miles (32km) from Shenzhen city centre.
Time: GMT +8
Getting to the city: Shuttle buses, buses, and taxis run to the centre of the city, and metro line links the airport to the Futian Railway Station. Free shuttle buses connect the airport to the Pier, from which ferries service other cities. Transport heading to Macau and Hong Kong is also available.
Car Rental: There are two major car rental companies at the airport: Zhizun Car Rental and China Auto Rental.
Airport Taxis: Taxis are available from the airport outside Gate 4. Passengers should insist that the meter is used.
Facilities: Airport facilities include banks, ATMs, restaurants, a police station, foreign exchange, smoking areas, a playground, baggage protection, a prayer room, and medical services.
Parking Plenty of parking is available outside the terminal building.
Website: www.szairport.com 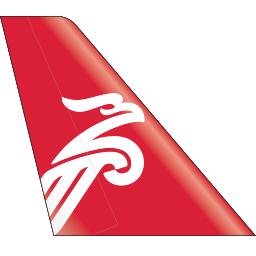