Located on China's north-east coast, Qingdao is a far cry from the country's smog-choked cities. Instead, pristine sandy beaches dot the coastline, while yachts, boats, and ships bob along the busy harbour. Visitors can expect a vibrant, colourful city that is home to a rich and complex history.

One of the first things that strikes visitors is the city-wide synergy between old and new. Qingdao began as a small fishing village at the edge of the Yellow Sea. Germany and Japan occupied it in the early 20th century. Qingdao has become a trade and commercial hub since then. Millions now live in this fascinating seaside city, where cobbled streets and Tudor-style buildings sit alongside impressive, glass-walled skyscrapers. Taiping Hill offers the best views. It's the starting point of a cable car ride that stretches across the city and transports visitors over lush green forest, taking in Qingdao's beautiful contrasts.

Renowned for its culinary delights, Qingdao is home to Shandong cuisine: one of the 'Four Great Traditions' of Chinese cooking. It's said to be China's seafood capital. Travellers looking to experience Qingdao's best street food should head to Pi Chai Yuan, which is a bustling market of food stalls that sells everything from spicy clams, fried starfish, and chewy steamed buns, to scorpions on a stick.

Thanks to its one-time German occupants, Qingdao's most famous product is beer. Travellers can visit the Tsingtao brewery for a tour. Afterwards, they should experience the city's nightlife in one of Qingdao's open-air bars.

As for sightseeing opportunities, visitors should take a walk down Da Xue Lu. The tree-lined historic road runs through the old town, which is full of German colonial buildings, thrift stores, and cafes. Zhan Qiao pier is a great place to watch the sunset.

Qingdao is also fashioning itself as a creative hub that offers enclaves for artists, writers, and musicians. Visitors are welcome and can learn skills like traditional paper-making. 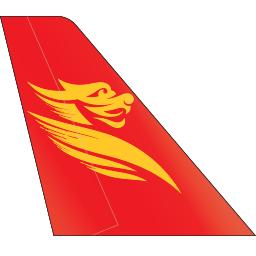