Chongqing is a thriving metropolis situated in the heart of China. Cranes and skyscrapers are silhouetted against a mountain backdrop, and the streets are alive with hawkers, vendors and businesspeople.

Known as the Mountain City, it lies in China's South West at the confluence of the Jialing and Yangtze Rivers. Surrounded by hills and valleys, the Yuzhong District (city centre) is on a peninsula between the two rivers, and is a hive of crowded markets and tiny stacked apartments.

With a history dating back 3,000 years, Chongqing is an important river port and has long been of commercial and military importance. During World War II, it was the de facto capital of China. Though heavily bombed by the Japanese, it was never captured and its importance during the war earned it the nickname 'The City of Heroes'.

Several prominent attractions lie within the city limits. Ciqikou is an ancient village where visitors can see what Chongqing was like before the devastating effects of WWII. Chongqing's natural hot springs are well worth a visit and provide some lovely respite from the busy metropolis, with the Ronghui Hot Springs and Chongqing Bolian Hot Springs both highly recommended.

Regarding local cuisine, Chongqing is famous for its hot pot. The spicy, tripe broth is served in more than 30,000 hot pot eateries, with official guidelines given by the government on how to serve the dish. One of the biggest challenges for English-speaking visitors is that very few locals speak English. And while the crime rate is relatively low for a large urban metropolis, petty crime does occur, especially near train stations and major tourist destinations.

Other than being a launch point for a Three Gorges cruise, Chongqing is not on most tourists' radars. That said, it is becoming increasingly popular with international business travellers. More luxury hotels are opening every year, and many multinational companies are investing in the city.

Location: The airport is located 12 miles (19km) from Chongqing city centre.
Time: GMT +8
Transfer Between Terminals: The terminals are within walking distance of each other.
Getting to the city: Airport shuttles are available to the centre of the city. Buses, taxis, and light rail facilities also offer transport to the city centre.
Car Rental: Car rental facilities are offered at the airport.
Airport Taxis: Taxis are available at the airport.
Facilities: Airport facilities include shops, a smoking room, a clinic, ATMs, currency exchange, and various cafes and restaurants.
Parking Parking is available at the airport. 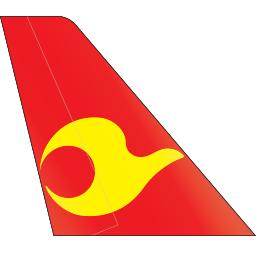