Perched along the Xiang River, Changsha is the capital of Hunan Province (south central China). With a history spanning some 3,000 years, it is a cultural and historical treasure.

Some of its oldest landmarks include the Yuelu Academy on the slopes of Mount Yuelu. Built in 976, it's an institution of learning whose legacy rivals the ancient English universities of Oxford and Cambridge. It managed to survive under many dynasties, including the Song, Yuan, Ming and Qing.

The academy is pretty much on the Orange Isle's doorstep. Visitors will have a difficult time choosing between the isle's faces, with beautiful orange trees blossoming in spring, and snowfall creating a delicate wonderland during winter. The Youth Mao Zedong Statue stands on the island.

Indeed, the country's iconic former leader was born in the village of Shaoshan, around 47 miles (77 km) outside Changsha. Mao Zedong's hometown serves as a memorial for Chinese who wish to pay their respects, and as a tourist site for anyone interested in learning more about China's recent past.

The Mawangdui Han Tombs stand out among the city's many must-see attractions. They contain the mummified remains of a woman from the Western Han Dynasty. Added to this, the Hunan Provincial Museum has more than 110,000 artefacts, ranging from the Neolithic Age to the Qing Dynasty, as well as more objects from the tombs themselves.

Historical significance aside, Changsha is modern and vibrant, thanks largely to a rebuilding period after the Sino-Japanese War and a widespread fire in 1938. It's also known as a 'garden city', following the influence of a green programme begun to better the environment and its dynamics with urban areas. Magnolias and blossoms spring up throughout the region. That said, the city still has a buzzing commercial district, with dozens of high rises and financial centres.

Regarding its cuisine, Hunan is known for mouth-numbingly hot and spicy flavours, even more so than Sichuan Province. Like any south Asian city, numerous markets sell fresh food, and there are many street vendors and restaurants.

For visitors looking to relax in nature, the Mount Dawei National Forest Park offers clear waterfalls, running streams and mountaintop lakes. Huan Martyr's Park is another option. The pleasant lake is dedicated to those who passed away creating the communist government. Thrill seekers will love bungee jumping at the Window of the World.

Location: The airport is located 16 miles (25km) from downtown Changsha.
Time: GMT +8
Transfer Between Terminals: The terminals are within walking distance of each other.
Getting to the city: Airport buses are available outside the airport arrival hall. Taxis are also available.
Airport Taxis: Taxis are available.
Facilities: Facilities available at this airport include ATMs, a medical centre, luggage storage and nursery rooms.
Parking Parking is available at the airport.
Website: csa.hnjcjt.com 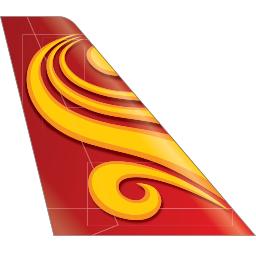