Located in the Sofia Valley, Bulgaria's capital city lies at the foot of Mount Vitosha, and is the country's cultural, political, and economic centre. Founded over 7,000 years ago around numerous mineral springs that still operate today, Sofia's fortunes have flourished and declined along with the various civilisations who've made it home.

It's one of Europe's oldest settlements, with numerous, cultural, historical, and archaeological monuments from its rich Thracian, Byzantine, Roman, Slav, and Turkish history remaining among its contemporary edifices. The blend of old and new lends a charming quality to the capital.

Sofia has a laid-back atmosphere, despite its modern, cosmopolitan nature. Mount Vitosha offers myriad recreational opportunities on the city's doorstep, adding to the relaxed mood. Like any distinguished European capital, Sofia also has a wealth of museums and galleries, and boasts plenty of cultural entertainment.

The St Sofia Church, also called the Hagia Sophia Church, is the oldest Eastern Orthodox church in the city, dating from the 4th to 6th century, and is regarded as one of the most significant examples of early Christian architecture in the Balkans. In the 14th century the church gave its name to the city of Sofia, meaning 'holy wisdom'. The church was built on the site of several earlier churches and places of worship, dating back to the days when the site was part of the necropolis of the Roman town of Serdica. As a result, several tombs have been discovered under and around the church, which are incredibly interesting for history buffs.

The rotunda church of St George is considered to be the oldest building in Sofia, dating back to the 4th century, and is situated amid the remains of the ancient Roman town of Serdica. The St George Rotunda is famous for its exquisite architecture and layers of medieval frescoes that were discovered under a covering of plaster. The church functions as a museum and the magnificent dome is protected by UNESCO. It is located in a square enclosed by the Presidential Buildings and this makes the contrast between the ancient and the modern quite striking. There is a fair amount of information on the history and significance of the site available at the entrance, which is worth reading.

One of the finest examples of 20th-century architecture in Sofia, and one of the most iconic buildings in the city, the magnificent Alexander Nevsky Cathedral was built between 1882 and 1912 to honour the Russian soldiers who died fighting to liberate Bulgaria from Turkish rule in the war of 1878 under Tsar Alexander II. It is one of the biggest cathedrals on the Balkan Peninsula. The famous religious monument is situated in the centre of Sofia, on the tree-lined square of the same name, which also contains the Monument of the Unknown Soldier. The cathedral is an active place of worship, so services and events may disrupt sightseeing, but entry to the main building is free.

The National Ethnographic Museum in downtown Sofia has one of the richest collections of cultural artefacts on the Balkan Peninsula, representing the traditions, arts, crafts and lifestyle of the Bulgarian people from the 17th to the 20th century. The museum contains a wealth of exhibits from around the country, amounting to over 50,000 items including national costumes, jewellery, art works and musical instruments. If visitors are lucky, and the place is not crowded, one of the staff members may give them a personal tour. This is the best possible place to find out about local folklore and to gain an understanding of the traditional clothes, customs and beliefs.

Rising above the capital city of Sofia, Vitosha Mountain is one of the symbols of the capital and is the most visited mountain in Bulgaria. Starting where the suburbs end, the whole mountain has been designated a national park (the oldest in the Balkans), and is home to deer, bear, wild boar, fox and a variety of rare birds. Vitosha is known for its 'stone rivers', or moraines, piles of huge rounded granite boulders carried and deposited by glaciers thousands of years ago, as well as for its restorative mineral springs. Vitosha is popular during all seasons and the well-known resort of Aleko is the most established winter ski resort in the area.

Located on the outskirts of Sofia, the Boyana Church complex is a UNESCO World Heritage Site, and one of Bulgaria's most important tourist attractions. The first of the three buildings that make up the Boyana Church complex was built in the 10th century, but it is the second building (constructed in the 13th century) that is the obvious tourist draw card. Containing frescoes painted in 1259, the second Boyana Church building is nothing less than the site of the most important collection of medieval eastern European art in the world. The paintings, which conform to a Byzantine aesthetic, are almost perfectly preserved and offer visitors a rare insight into the long, proud history of Bulgarian art and culture.

Sofia's climate is one of its best attributes. Situated on an open plain only 1,804 feet (550m) above sea level and ringed in by the Balkan and Vitosha Mountains, summer days in the city are warm and sunny, with temperatures occasionally inching above 86ºF (30ºC). Winters are cold and snowy, when temperatures usually drop to around 38°F (3°C).

Summer is the peak tourist season but winter also attracts many visitors to the ski slopes. Spring and autumn are pleasantly mild seasons and both are known for their beautiful colours. Sofia is, indeed, a year-round tourist destination.

Location: The airport is situated six miles (10km) east of Sofia.
Time: Local time is GMT +2 (GMT +3 from the end of March to the end of October).
Transfer Between Terminals: A free shuttle operates between the terminals at 30-minute intervals from 7am to 7pm.
Getting to the city: Regular bus services 84 and 184 run on a frequent schedule day and night from the bus station close to Arrivals. Passengers will have to pay extra for large pieces of luggage. The journey takes around 40 minutes on weekdays, and is slightly faster on weekends and holidays. Most hotels and tourist resorts run their own airport shuttles.
Car Rental: Avis, Hertz, Budget, Europcar and Sixt have desks located in the arrivals hall.
Airport Taxis: Taxis are available, and passengers are advised to use OK Supertrans taxis from outside the arrivals hall. Their enquiries desk is located inside the arrivals hall of both terminals. If no taxis are available, passengers can request one at the taxi desks located within the arrivals halls.
Facilities: The airport is well equipped with banks, currency exchange, ATMs, restaurants, cafeterias and bars, duty-free shopping, a chemist, travel agency, tourist information desk and first aid facilities. There is also a business lounge with internet access, and a luggage-wrapping machine at departures.
Parking Parking at Terminal 1 is in an open lot, and costs BGN 2 for 20 minutes, BGN 3 for an hour, BGN 6 for two hours, BGN 9 for three hours, escalating to BGN 30 for 24 hours; each additional day is BGN 10. Payment is made at the cash desk at the car park exit. Parking at Terminal 2 is in a parking garage, and charges similar rates; payment is made at the machine by the elevators, or the adjacent pay desk.
Website: www.sofia-airport.bg

The centre of Sofia is easily accessible by public transport, which includes trams, buses and trolleybuses. Buses run from 5am until midnight and trams run until 1am. Single-trip tickets can be purchased before boarding as well as on the vehicle.

Renting a car is impractical, given the volume of traffic and limited number of parking spaces in and around Sofia. Taxis are cheap and easily available, though. Tariffs are usually shown on the vehicle window. If they're not and there's no meter, passengers should negotiate a fare before setting off. Visitors can also make use of taxi apps called TaxiMaxim, TaxiStar and YellowTaxi; many tourist attractions are set close together, making Sofia a walkable city for sightseers.

The old and new collide in Sofia, where the modern world meets ancient cultures. Today, architecture lovers will see a delightful mixture of Thracian, Byzantine, Roman, and Slavic buildings, including the multi-domed Byzantine Alexandar Nesli Memorial Church, the medieval art of the Bryana Church (a UNESCO world heritage site), and the Russian Church of St Nicholas.

Sofia's attractions also include a wealth of museums and galleries, such as the National Historical Museum, the Earth and Men National Museum, the Bulgarian National Gallery of Arts, the Ethnographical Museum, and the Sofia City Art Gallery. Otherwise, visitors should venture to the Sofia Zoological Garden, Sofia City Garden (with its cafes, fountains and playgrounds), and the famous Turkish Mineral Baths.

The city's shopping highlights include Zhenski Pazar or 'women's market', which is open to both men and women, and offers fresh food, flowers and basic goods. The market doesn't carry many souvenirs but is worth visiting for its bustling atmosphere. Tsentralni Hali (Central Food Halls) is another busy market. Housed in a neo-Renaissance building, shoppers will find wine, fresh food, coffee, and other treats. 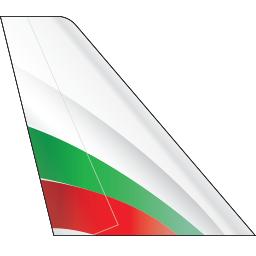