Bridgetown, originally called 'Indian Bridge', is the capital and commercial centre of Barbados, with about 80,000 inhabitants. It is a busy port with a natural harbour inlet, known as the Careenage, and is well utilised by pleasure craft and fishing boats.

Bridgetown has a long and colourful history as a British settlement from the 17th century. A bustling city with many attractions for travellers, its mix of modern and historic buildings are interspersed with markets, monuments, and a number of lush gardens.

The main street, Broad Street, is where one finds banks, department stores and duty-free shops. At the top of Broad Street is the Parliament Building (the Barbados Parliament is the third oldest in the Commonwealth, dating from 1639), facing National Heroes Square. Bridgetown is home to a number of historical buildings that will interest visitors, including the Garrison Historic Area, which is a must-visit for military history buffs.

Another attraction in Bridgetown is a massive Baobab tree (said to have been brought to the island from Guinea, Africa around 1738). It takes 15 adults with outstretched arms to encircle the trunk. Also, just north of Bridgetown is the historic settlement of Holetown. Every year around mid-February, this little town comes alive when the creative and colourful Holetown Festival takes place, featuring historical lectures, fashion shows, beauty contests, street parades, tattoo shows, exhibitions, concerts, theatrical presentations, sporting events and an antique car parade.

Tourists in Bridgetown will find much to see and do: cricket games at Kensington Oval, which hosted the 2007 Cricket World Cup; the Barbados Derby at the racetrack in the Garrison area; and many other events and activities. A range of duty-free shops near the harbour sell staples like Mount Gay Rum, while more colourful shopping options include the Cheapside Market and the Swan Street pedestrian mall. Local restaurants in the Careenage serve up fresh lobster and fish with Caribbean flair.

Barbados's beaches are known around the world as vacation hotspots, and the west coast is known as the 'Platinum Coast'. Running north from the capital Bridgetown, are numerous luxury beach resorts resting along the shore of the clear warm Caribbean waters that lap gently onto golden sands. Some of the most popular beaches for swimming and sunbathing are Batts Rock and Paynes Bay in the St James parish, or Mullins Bay and Heywoods in St Peter. Hotels here bear exotic names like Treasure Beach, Smugglers Cove, Mango Bay and Discovery Bay. Treasure Beach at Paynes Bay, St James, for example is a tranquil luxury hideaway famous for its Bajan cuisine and freshwater swimming pool surrounded by tropical gardens beside the turquoise sea.

Not far from Bridgetown, in the parish of Christ Church, is the largest expanse of inland water on Barbados. The expansive Graeme Hall Swamp, with red and white mangrove trees, is a natural habitat for more than 40 species of birds. Government plans to develop much of the area have unfortunately forced the Graeme Hall Nature Sanctuary to close most of the park to visitors, but the Sanctuary Cafe and Lakeside Lawn are both open to the public on a limited basis.

Barbados' colonial military history is well represented at the Barbados Garrison, the 18th-century base of the British Windward and Leeward Islands Command. This elegant Georgian building is the headquarters of the Garrison Committee who are unearthing the numerous old cannons scattered around the island; about 400 have so far been found in gardens, cellars, beaches or buried beneath fortifications. The most important pieces from this collection are mounted in front of the Main Guard House and make a fine photographic display for visitors. The Garrison complex also features the Barbados Museum, which is housed in the old military detention barracks - the display galleries were once prison cells. The museum houses exhibits chronicling the natural history and arts and crafts of Barbados. The Garrison Historic Area is also home to a racetrack that hosts the Barbados Derby, and other prestigious events on the Barbados horseracing calendar.

Address: near Hastings in the Christ Church parish
Website: www.barbados.org/garrison.htm

Barbados offers the tranquillity of several beautifully landscaped tropical gardens. Just outside Bridgetown, in the parish of St Michael, is the Lazaretto Garden with its magnificent waterfall cascading over a rock face. In the heart of the countryside, surrounded by sugar plantations is a six-acre former chicken and pig farm that has been transformed into the Orchid World, a floral paradise where more than 20,000 orchids are grown and displayed. Visitors can take self-guided tours past a waterfall, through a coral grotto and onto five orchid houses.

Further towards the East Coast, in the Scotland District of Barbados, is the magnificent Flower Forest. The variety of plants and species here is awesome, with the brilliant colours of flowers like begonias and heliconia reflected against the lush jungle greenery. In the parish of St Joseph is yet another spectacular garden, the Andromeda Botanical Garden. The garden contains several varieties of orchids, palms, ferns, hibiscus, bougainvillea and other exotic flowers and trees.

Turners Hall Woods span acres in the Parish of St Andrew. The woods survive as one of the last remnants of the indigenous tropical forest that covered Barbados before the first settlement in 1627. It contains examples of indigenous trees like the Sand Box, Silk Cotton, Cabbage Palm, Trumpet Tree and Macaw Palm. In the Parish of St Thomas is a long gully, known as Welshman Hall Gully after its original owner. It contains some impressive tropical trees and rock formations.

The waters around Barbados are a treasure trove of marine life. In the far north of the island is the Animal Flower Cave (in the parish of St Lucy) where sea anemones abound in cave pools deep enough to swim in. Scuba divers flock to the Folkestone Marine Park, which has an artificial reef created by the deliberate sinking of the ship Stavronikita in 1976. Less adventurous snorkellers enjoy swimming in the Recreational Zone of the park on a reef that is home to numerous fish and marine species, corals and sponges. The Park also has a museum and an aquarium. It is situated in St James, near Holetown. The Barbados Wildlife Reserve is mainly a monkey sanctuary set in a natural mahogany wood in the parish of St Peter. Green monkeys provide entertainment for visitors as they play in a natural environment. There are also ducks, turtles, tortoises, birds, peacocks, otters, raccoons and deer roaming the woods.

This huge underground cavern is one of the most popular attractions on the island with its amazing gallery of stalactites and stalagmites, streams of crystal clear water, breathtaking waterfalls and deep emerald pools. Tour guides conduct visitors from the attractive Visitor's Centre on a drive in electrically operated trams down through an extensive system of caves. At the bottom level of the cave visitors alight to gasp at a spectacular waterfall.

This little fishing village on the east coast is a favourite spot for photographers because of its picturesque rocky terrain. It also boasts one of the island's most spectacular beaches, Bath Beach. It is situated about 14 miles (23km) from Bridgetown in the St Joseph parish, and is known locally as 'the Soup Bowl' because of its foaming surf. Bathsheba is a favourite surfing spot and the venue of Barbados' annual surfing contest.

St Nicholas' Abbey in St Peter and Drax Hall in St George are two of the oldest buildings in Barbados. Both are world-renowned examples of Jacobean architecture that features curved Dutch gables and coral-stone finials, each furnished with antiques. Both buildings were constructed in the 1650s. Drax Hall was one of the earliest and largest sugar plantations in Barbados, built by James and William Drax. They were a wealthy family like many other plantation owners who prospered by growing sugarcane and established considerable influence at home and abroad. Visitors to the Jacobean sugar mansions can enjoy a film about life on the sugar plantations. Another relic from the plantation days is the Morgan Lewis Mill at St Andrew, one of only two restored sugar mills in the Caribbean. It is maintained by the Barbados National Trust and provides an insight into how sugar was produced through windpower.

Bridgetown has mild and dry summers with average temperatures reaching 86°F (30°C). Winters are mild and wet with average daytime highs reaching 72°F (22°C). The best time for visitors to travel is in the hotter and drier months of February to April when the weather is still warm and humidity is low. The hot conditions are tempered by the prevailing cool northeast tradewinds and hurricanes usually miss Barbados, which instead sees tropical rainstorms. These are usually short and heavy spells that dry up quickly.

Steeped in British colonial history, Bridgetown exudes a distinctly English sensibility with a laidback West Indian feel. Island lovers come here from around the world to browse the duty free shops on Broad Street, frolic in the azure waters of Carlisle Bay, and explore the city's museums. History buffs will also enjoy the Barbados Garrison, a UNESCO World Heritage site, as well as the city's magnificent colonial buildings. Other than a rich history and culture, Bridgetown boasts many wild and scenic natural attractions close to its heart, including a large variety of wildlife and plant life not far from the city centre. The outdoor enthusiast will have their hands full in Bridgetown with many natural attractions to explore just outside the city limits, form the bright green tropical forests or the beauties of the coral reefs under the crystal clear waters off the town's shores. Either way, travellers to Bridgetown find themselves in the perfect spot to explore Barbados, be it just to lie on the pure white shores or explore the many beauties of the islands wild surroundings. 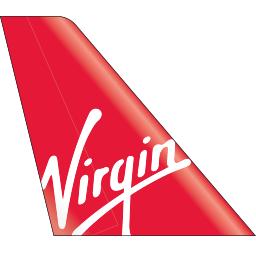