Located less than a three hour flight from London, Algiers has all the ingredients needed for an ideal holiday destination: a sunny climate, beautiful beaches and fascinating historical attractions. Algiers was a popular holiday spot in the Victorian era, but security concerns mean its popularity has waned in recent decades and most visitors now are there on business.

Another stunning sight is the Notre Dame d'Afrique; the small basilica is a beautiful example of Romanesque architecture and offers great views of the city from the tower. Algiers also has some excellent museums, namely the National Museum of Fine Arts, the Military Museum, the Museum of Antiquities and the Museum of Traditional and Popular Arts.

One of the best ways to enjoy Algiers is by soaking up the sunshine. Visitors can do this at the Aquafortland waterpark, or at the seaside resorts such as Sidi Fredj, Palm Beach, Douaouda or the Club of the Pines.

Algiers has a Mediterranean climate characterised by hot, dry summers and warm, wet winters. Summer temperatures can be exacerbated by hot, dry sirocco winds that carry the desert heat northwards from the Sahara. Average high temperatures during the warmer months (June to October) are around 89°F (32°C), while in the cooler months (December to March) average lows are around 48°F (9°C). Spring and summer are the best times to visit Algiers.

Location: The airport is located 11 miles (18km) southeast of Algiers.
Time: GMT +1
Transfer Between Terminals: The terminals are linked by a free shuttle bus.
Getting to the city: A bus run by ETUSA operates between the city and airport roughly every 30 minutes.
Car Rental: Car hire companies include Hertz and Rapide.
Airport Taxis: Taxis are available at the airport; a ride into Algiers could take up to 50 minutes in heavy traffic.
Facilities: Airport facilities include ATMs, currency exchange, information points, duty-free shopping, and restaurants.
Parking Long- and short-term parking is available.
Website: www.algiers-airport.com

Getting around Algiers can be chaotic so driving isn't recommended. Metered licensed taxis are the most common form of transport for travellers, hailed directly off the street or found at taxi stands. There may be surcharges for travel at night, while shared taxis which operate specific routes are a common occurrence. Municipal buses and trams operate in the city, but aren't as popular with tourists. A Metro system opened in 2011, with 19 stations throughout the capital city.

Central Algiers is quite easily navigated on foot, with movement in the Casbah largely restricted to pedestrians. Car hire is available from the airport or through a hotel, although those unfamiliar with the city may find driving a hair-raising experience due to local driving conditions. When driving outside Algiers, a four-wheel drive vehicle is essential. Public ferries also operate from Algiers to other main coastal towns, including Ghazaouet, Oran, Annaba and Bejaia. 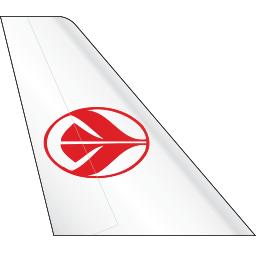