Enter your flight details to check which terminal you need

How aircrafts land at Heathrow

Heathrow is the busiest two-runway airport in the world, welcoming around 1,300 combined take-offs and landings each day.

With safety, weather, scheduling, aircraft technology, airspace and noise reduction factors all to take into account, landing an aircraft at the UK’s busiest airport isn’t as simple as it seems. Efforts to limit noise mean that fewer people are affected by noise today than at any time since the 1970s; however, noise remains an issue for people living near or under the various flight paths used for take-offs and landings at the airport. On average there are around 650 arrivals into Heathrow each day with planes arriving into Heathrow from 04:30.

Because Heathrow is so busy, most planes coming into land wait in a holding stack. The stack acts as a waiting room, allowing NATS air traffic controllers to efficiently organise planes for landing. There are four stacks around Heathrow called Bovingdon, Lambourne, Ockham and Biggin. The UK Government sets their locations and they have been in the same places since the 1960s.

Once the planes leave the holding stack they are directed by NATS air traffic controllers to the final approach into Heathrow. The controllers sequence the planes from all four stacks into a single stream of traffic and guide them safely onto one of Heathrow’s two runways. There are no set routes for planes moving from the holding stacks to the final approach for landing and so the position of aircraft in the skies will vary from day to day.

Factors such as how busy the stack is, weather conditions, or the position of other aircraft on route into Heathrow will impact how aircraft are sequenced by air traffic controllers.. However, the overall patterns have remained similar for many years.

An arrivals procedure known as Continuous Descent Approaches (CDA) has been in operation at Heathrow for many years.  This procedure involves aircraft maintaining a steady angle of approach when landing at the airport, as opposed to approaches which involve prolonged periods of level flight. The intention of a CDA is to keep aircraft higher for longer, thereby reducing arrival noise. We report daily on our Operational Data website the percentage of arrivals that performed Continuous Descent Approaches. On average around 85% of aircraft coming into Heathrow use CDA and this is consistent with previous years. 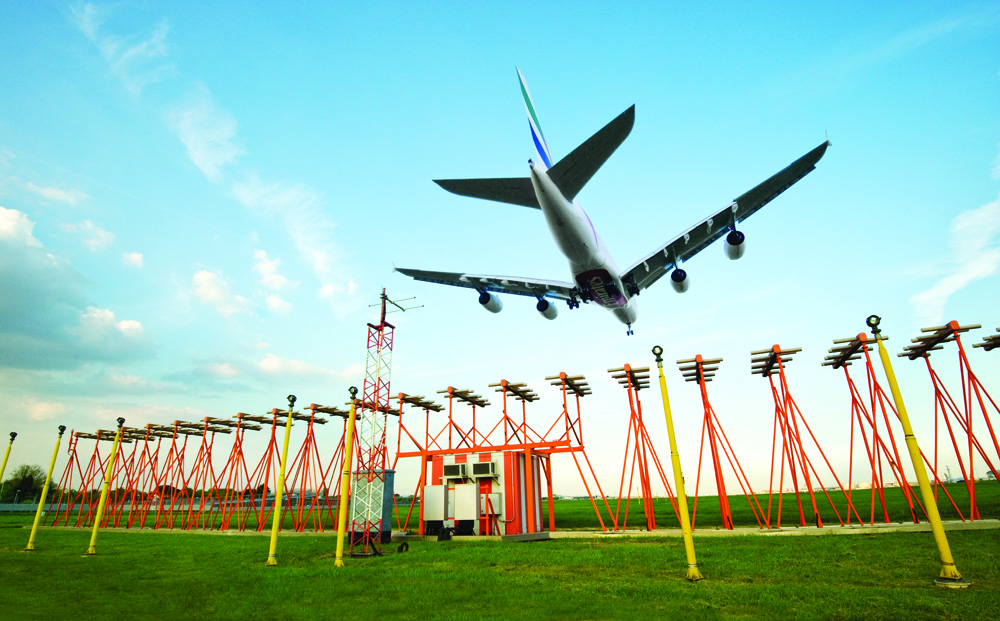 Heathrow Airport, Emirates A380 coming in to land, microwave landing system (MLS) in foreground, May 2011.

There is one beam aligned with the centrelines of each of the runways (northern and southern) to ensure aircraft approach in a straight line as they come into land, consequently these fixed approach paths haven’t moved.

We’ve recently begun a process of replacing the ILS antennae at the end of each runway with new enhanced systems known as eILS.

As aircraft arrive they can't lose too much altitude as they need to be at a certain height when they join the final approach into Heathrow.  The angle of landing for the final approach is set at 3° and as a result aircraft will be at a set height for distance from the runway.

As the ILS beam extends about 29 miles out, aircraft can join the final approach at any point after the distances mentioned above. However, this will vary depending on how aircraft are sequenced each day by the controllers.

Night-time (23:30 to 06:00) operations at Heathrow are heavily restricted by the Government, which sets a limit of 5,800 night-time take-offs and landings a year. A night quota limit is also in place, which caps the amount of noise the airport can make at night.

Sometimes extreme weather conditions impact our operations and, for safety, we increase the spacing between arriving aircraft. 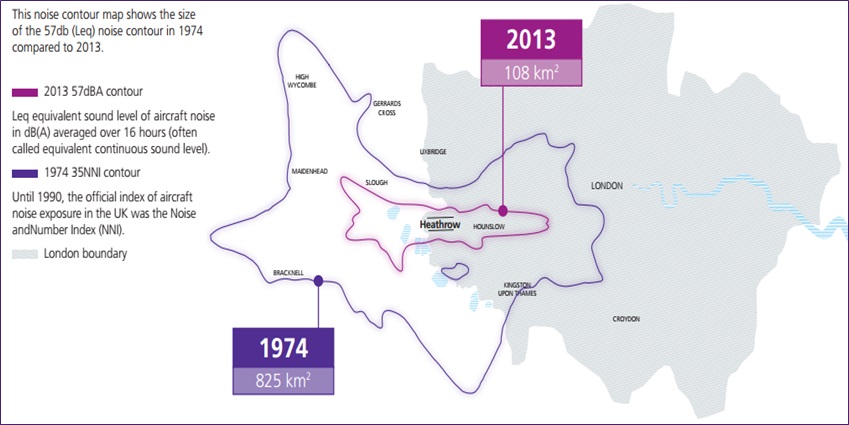 Subsequently the normal schedule is significantly impacted. To recover from this disruption some arrivals are allowed to land later than usual. In these cases we have to be granted dispensation by the Department for Transport (DfT). Ocassionally flights can also be delayed arriving at Heathrow due to weather conditions or issues at their departng airport.